By Alex Galbraith and NSF 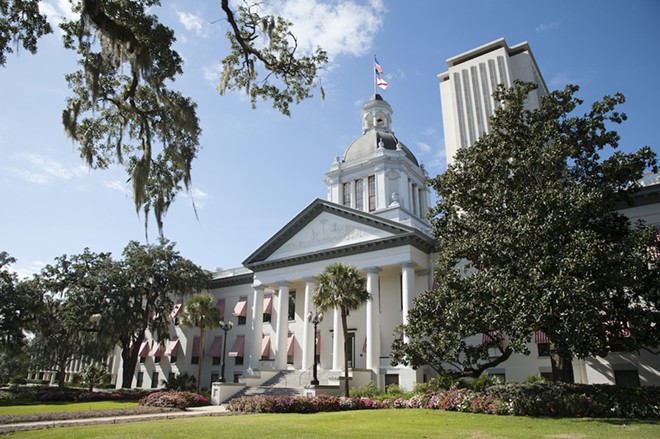 Over 30,000 people died in Florida in the last year due to a twisted drive to prioritize capital above all else. The state is the site of multiple crises, in food distribution, in affordable housing, with no obvious solutions. That's before we even get to the very real, existential threat to the entire state that can not be solved under a system that requires profit. But Florida lawmakers are on the big problems. They're looking to pass a bill declaring an annual day remembering "victims of communism."

Students would be taught each year about how people have suffered and died under communist regimes, under a bill expected to get House approval on Wednesday.


The House on Tuesday took up the bill (HB 1553), which also would require the governor to annually issue a proclamation designating Nov. 7 as “Victims of Communism Day.” Public high school students enrolled in U.S. government classes would be required, starting in the 2022-2023 school year, to get at least 45 minutes of instruction on topics that include “Mao Zedong in China, Joseph Stalin and the Soviet System, Fidel Castro and the Cuban Revolution, Vladimir Lenin and the Russian Revolution, Ho Chi Minh in Vietnam, and Nicolás Maduro in Venezuela.”

The date was chosen to reflect the storming of Tsarist Russia's Winter Palace on Nov. 7, 1917.

The Senate version of the bill (SB 1606) needs approval from the Appropriations Committee before it could go to the full Senate.