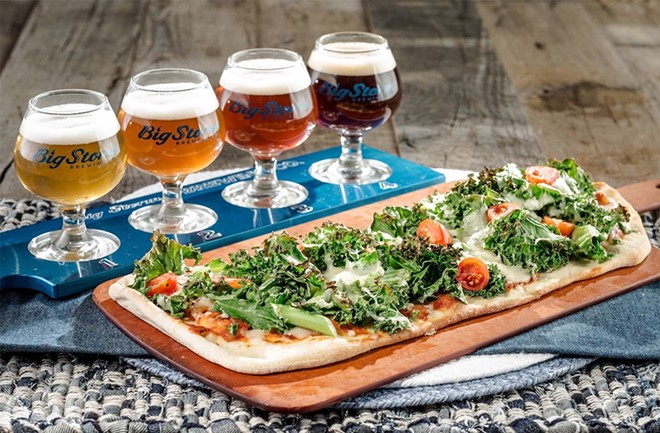 Tampa Bay-based brewery Big Storm Brewing Company has opened its first Orlando location in a somewhat unconventional spot. While most breweries gravitate toward warehouses, industrial parks or, at the very least, main drags in hip neighborhoods, Big Storm set itself up to quench the thirst of discerning concertgoers and Magic fans with an outpost inside the Amway Center.

Big Storm offers a year-round selection of eight beers (mostly ales) and supplements those with seasonal sours, lagers, IPAs and other experiments.

"We are excited to work with the City of Orlando to bring Big Storm's award-winning brews to Central Florida," said Big Storm co-owner L.J. Govoni when the restaurant and bar was announced. "The City and Amway Center officials share our vision of offering sports fans, concertgoers and others the best experience possible. The city has been outstanding to work with and their out-of-the-box thinking and approach has helped make this a reality."

The 5,000-square-foot location is Big Storm's fourth, as the company has radiated outward from the Tampa Bay area since 2012. The new spot features a full-service bar and the requisite bar food: wings and flatbreads joined by grouper sandwiches.