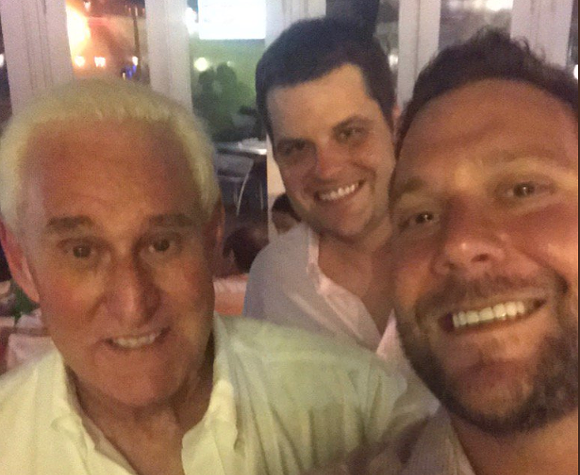 Former Seminole County Tax Collector Joel Greenberg has reportedly been cooperating with the feds in their investigation into Florida congressional representative Matt Gaetz. However, it might be something Greenberg wrote well before he turned stoolie that will sink the congressman from the Panhandle.

In a letter obtained by The Daily Beast, Greenberg admits that both he and Gaetz paid an underage girl for sex. The publication claims that the missive was sent to Roger Stone in the hopes that the Donald Trump confidant could secure a pardon from the then-president.

“On more than one occasion, this individual was involved in sexual activities with several of the other girls, the congressman from Florida’s 1st Congressional District and myself,” Greenberg wrote, talking about a person who was underage at the time. “From time to time, gas money or gifts, rent or partial tuition payments were made to several of these girls, including the individual who was not yet 18. I did see the acts occur firsthand and Venmo transactions, Cash App or other payments were made to these girls on behalf of the Congressman.”

These Venmo transactions were previously reported. Gaetz publicly shared  money with Greenberg who then distributed it to several women under the guise of payments for tuition.

Greenberg, who is facing a raft of federal charges that include using his office as a cryptocurrency mining operation, attempted to pay Stone using Bitcoin. The Daily Beast uncovered messages sent via encrypted messaging app Signal, where Greenberg offered the equivalent of $250K in digital currency for help.

“If I get you $250k in Bitcoin would that help or is this not a financial matter,” Greenberg wrote.

“I understand all of this and have taken it into consideration,” Stone responded. “I will know more in the next 24 hours I cannot push too hard because of the nonsense surrounding pardons.”

Stone confirmed the narrative of Greenberg reaching out for help to The Daily Beast. However, he denied the idea that he asked for or received payment.