Here's everything we know about a potential Pokémon land at Universal 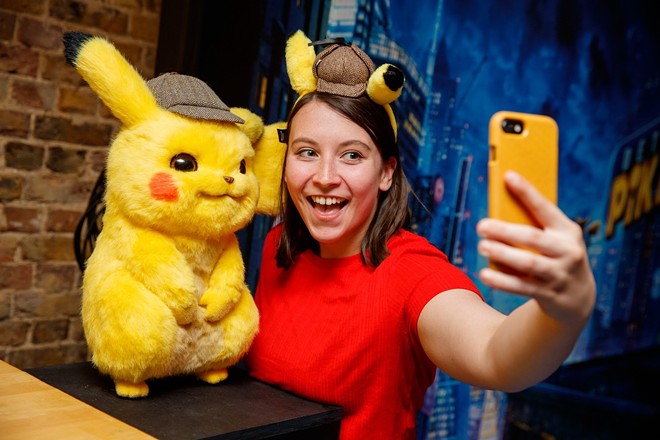 Six years ago, when Universal confirmed it would be partnering with Nintendo for new theme park attractions, fans immediately began speculating if Pokémon would be included.

The popular series involves multiple parties, so launching an attraction based around the games wouldn't come as easy as other Nintendo properties. Still, signs of success were around.

The augmented reality mobile game Pokémon Go launched the same year to huge popularity. That, along with growing interest in the then-upcoming live-action Pokémon feature film Detective Pikachu, proved the 1990s franchise was amid a second resurgence.

Now, new details are emerging on how Universal is potentially planning to introduce the franchise into its theme parks. Josh Young of Theme Park University noted in a recent post, that he has heard of an interactive Pokémon attraction currently under development for Universal Studios Japan.

The Japanese theme park has become a major focus of Comcast’s theme park holdings since they acquired full ownership of it in 2017. Numerous new investments have occurred at the park, including the debut of the world’s first Super Nintendo World theme park land.

Orlando Weekly has not independently confirmed Young's report. However he did offer us more details on what he's been told of the still-confidential project.

“I think Universal wants to prove that Nintendo is a viable property worthy of several spin-offs (like Harry Potter) before [a Pokepark] opens," he said. "In Japan, Nintendo is more of a no-brainer as the company has deep-rooted origins there.”

Young warns that pandemic-related travel pauses and closures in Japan could harm the prospects of future Nintendo parks.

“Is Nintendo the new Harry Potter for Universal? It’s not easy to tell. With travel and capacity restrictions, you can’t really call Super Nintendo World at hit or miss at USJ," he said. "Plus, American and Japanese audiences are very different in their reaction to different attractions. The jury is still out!”
Some theme park fans have criticized Universal’s reliance on screens.

With the recent Mario Kart attraction, Universal Creative introduced augment reality glasses. The new Pokémon attraction is thought to use similar technology. This dependency on tech to drive the attraction narrative concerns Young.

“Personally, I think Universal is overly obsessed with new technology. Since Mario Kart is the first use of the tech on a ride vehicle, it’s a little clunky,” he said.

But he notes a new attraction with AR technology could show how much it has improved over the past few years.

“If Universal were to use AR tech available now (3+ years after the Mario Kart project started), it will look a lot cleaner and can be more interactive," he said. "There are definitely benefits to using AR now versus what has just opened at USJ."

One of Universal’s most successful recent attractions is the Secret Life of Pets dark ride at Universal Studios Hollywood. While filled with technology, that attraction is more akin to a typical Fantasyland-style ride that Disney is known for.

Young believes Pokémon will be replacing the park’s Spider-Man attraction. The 3D dark ride is a clone of the award-winning ride found at Universal Orlando’s Islands of Adventure. Unlike in Orlando, where Universal holds the Marvel rights in perpetuity, their rights for the use of Spider-Man in Japan are coming up for renewal in a few years. Disney, who purchased Marvel in 2009, is likely uninterested in continuing to allow Universal access to the Marvel franchises.

Instead, Disney has been cashing in on Marvel at its own parks, including multiple new attractions at its parks in California, Hong Kong, and Paris. There are also plans for a Marvel-themed hotel and a Marvel dining experience on the upcoming Disney Wish cruise ship.

It should be noted that if Pokémon does make its way to Orlando, it’s highly unlikely to replace Universal Orlando’s Spider-Man attraction. Universal’s contract, made with Marvel before Disney purchased the studio, allows Universal to use the characters at Islands of Adventure indefinitely. Talks between Universal and Disney have been reported over the years, but so far, Disney has yet to offer Comcast anything large enough for them to willing handover the theme park rights to Marvel characters.

“I would give Marvel leaving Islands of Adventure a less than 5% chance of happening,” explains Young. “Marvel is just as popular as ever and it brings in money for both Disney and Universal. Universal has the power position here.”

From the first indications that Universal was pursuing a Nintendo-based land, there has been speculation that it would be replacing Kids Zone at Universal Studios Florida. The land is a hodgepodge of dated intellectual properties. Permits showing plans for Super Nintendo World in the space were filed, and construction walls went up around the land, but Comcast then shifted gears with plans for a new theme park, now known as Universal’s Epic Universe.

One of the five opening day lands for the park will be Super Nintendo World, but Young doesn’t think this is any indication of where Pokémon would be added if it does come to Orlando. He explains, “It’s highly doubtful [Pokémon] will be included in Universal’s Epic Universe. Most of the Nintendo land is already built.” Universal created props for all three Super Nintendo World lands at the same time, a move not uncommon in the industry when multiple clones of an attraction or land are in development.

The original plan, as explained by previous Universal employees who helped on the project, had Orlando's version opening not long after Japan's. It will now be the third after the Hollywood version, now under construction, opens within the next year.

Young also doesn’t believe that Kids Zone will see Pokémon. Instead, he points to the rumors of Trolls potentially coming to the area, noting reports he has previously shared regarding a Trolls-themed show potentially in the works for the theater where Barney was once located.

In the meantime, Universal is focused on bringing Super Nintendo World to Orlando. After delays last year, Epic Universe is now expected to open in 2025. At its existing Orlando parks, rumors point to Universal adding more family-friendly attractions in the coming years.