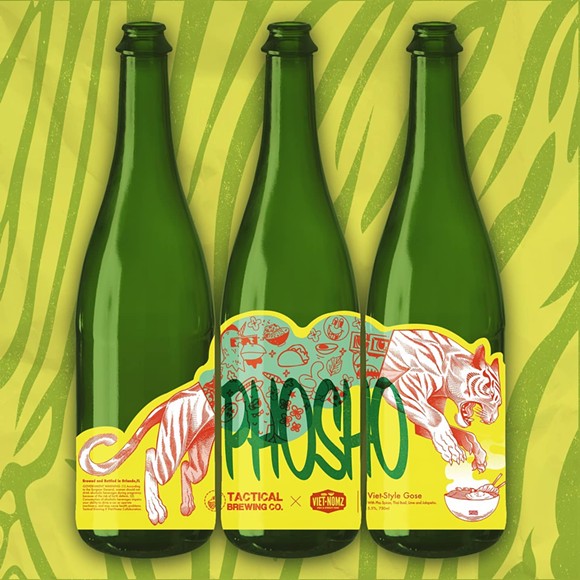 The Phosho gose (say that four times fast) is brewed with typical pho flavorings like Thai basil, lime, and jalapeños. If you haven't had a gose before, it's been the "it" beer of craft breweries for several years. It's a German style of beer that is brewed with coriander and typically sour. Gose's tart taste and saltiness makes it ideal for fruit-flavored brews and great for warm weather sipping. 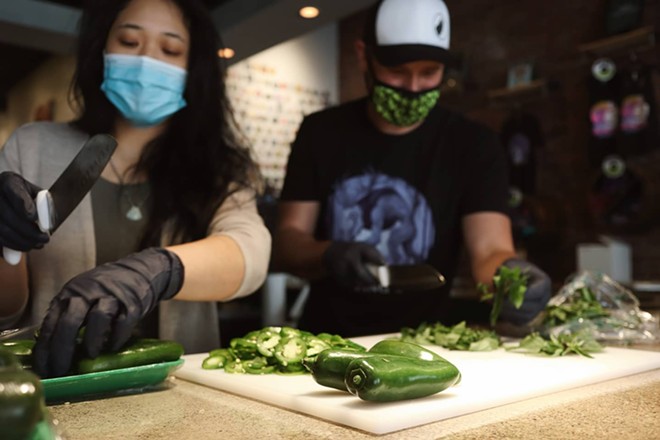 Phosho already has its fans. It won the Judge's Choice and and the People's Choice at the Florida Smash Beer Festival in January.