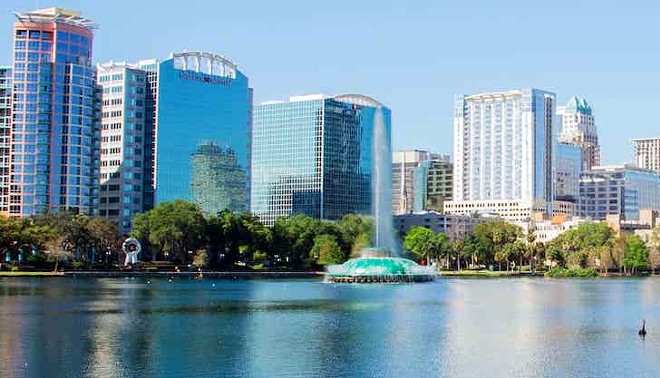 San Francisco's unaffordability is practically a meme at this point. The eye-popping rents and housing prices that resulted when Silicon Valley money flooded the area stand in for the housing crisis more generally. But a recent comparison of rent costs and median salaries done by Bloomberg shows that a much-better exemplar of unaffordable housing might be closer to home: right here in Orlando.

Bloomberg compared the average price of a two-bedroom apartment in the area with the median hourly wage. The apartment data was pulled from Apartment List's April report while the median wage came from the Bureau of Labor Statistics.  The metric they created via the comparison calculated how many hours a person would have to work to pay rent in each area. The Orlando-Kissimmee metro would require a person to work 75.5 hours to pay rent on the average area apartment, just beating out San Francisco's 73.4 hours.

Related The average single adult in Orlando doesn't have enough to cover their bills, per report

The average single adult in Orlando doesn't have enough to cover their bills, per report
By Melissa Perez-Carrillo
Blogs

Put another way, the average Orlando apartment would cost roughly half of what the average Orlandoan would make in a month, making them as severely rent burdened. As we've previously pointed out, the much-lauded last stimulus check wasn't enough to cover a single month of rent in many Orlando neighborhoods. And the area continues to suffer from high unemployment as the hospitality and tourism industry has cratered.