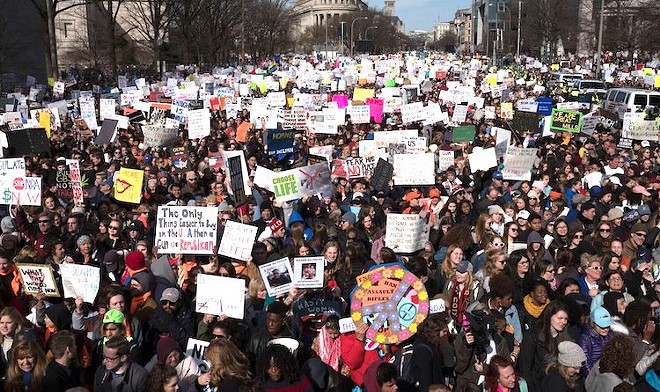 A federal judge this week rejected a request for a temporary restraining order against a controversial new law championed by Gov. Ron DeSantis to crack down on violent protests.

U.S. District Judge Paul Byron issued a six-page order Tuesday denying a temporary restraining order sought by plaintiffs in a lawsuit filed April 21 in federal court in Orlando. The lawsuit is one of two that have been filed challenging the constitutionality of the law (HB 1), which was one of the most-controversial issues in this year’s legislative session.

The plaintiffs in the Orlando case, including the Lawyers Matter Task Force and Black Lives Matter Tampa, filed a motion for a temporary restraining order and a preliminary injunction, contending that the law seeks to “arrest the peaceful expression of free speech protected by the United States Constitution” and is overbroad.

“Petitioners fear they will be unable to exercise their First Amendment rights under the enforcement of this law due to the history of wrongful discretionary and discriminatory actions and crimes of municipal law enforcement officers toward Black and Brown Americans that participate in protests or demonstrations,” the motion said.

But Byron wrote that the plaintiffs’ “analysis of the particular constitutional issues presented here is too thin and conclusory to justify the extraordinary remedy” of a temporary restraining order.

“The fatal flaw of plaintiffs’ motion is that they take for granted that HB 1 is unconstitutional —- it may well be, but plaintiffs do not explain how or why,” Byron wrote.

The judge also denied the request for a preliminary injunction but said the plaintiffs can file a renewed injunction request that “cures the deficiencies in this order.”