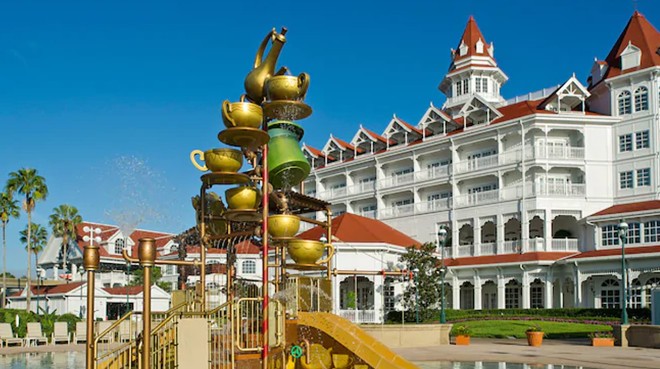 Last week Disney confirmed it would be making the rare move of shifting some existing rooms at the Grand Floridian Resort from the hotel to the on-site Disney Vacation Club timeshare company. The Big Pine Key building will be transformed into the latest DVC offerings, opening next year.

Altogether two hundred new studio suites will be added to the DVC by the move. With the short time frame and the building already holding the same number of rooms, no major updates are expected.

The studios will sleep five. Similar DVC rooms at Walt Disney World allow two of the three beds to be stored away when not in use.

Adding new units to Disney World’s DVC pool comes as a bit of a surprise. After being announced in 2018, Reflections – A Disney Lakeside Lodge, was set to open in 2022 with 900 rooms. The resort, on the shores of Bay Lake, saw land clearing and site prep but was paused last year as Disney looked to save costs in the wake of the pandemic. The site has yet to see any activity on it and is assumed to remain in an indefinite pause. Previous rumors of a third tower at the Contemporary Resort have also yet to be realized. Disney’s Riviera Resort, the most recent DVC resort to open, is thought to have seen slower than is typical bookings for a new resort. 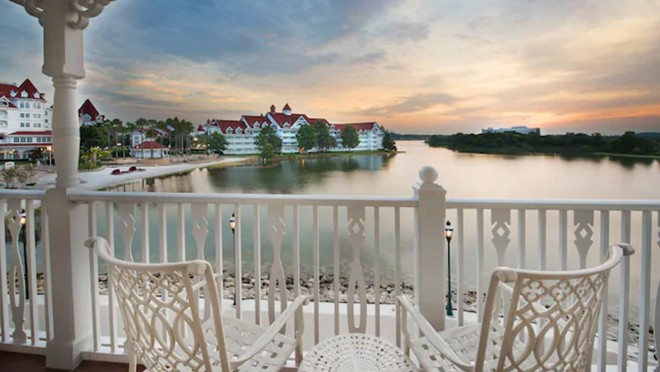 Like other timeshares, DVC is ideal for Disney as it locks in their most diehard fans in contracts that ensure visits to Disney resorts for decades to come. Grand Floridian, the crown jewel of Disney World’s hotels, also demands higher-income clientele than what may be pulled to other, cheaper options. That is surely part of the equation as to why the company has opted to add the new suites.

There’s also the issue of occupancy. Disney is known for using various tools to keep its occupancy rates high. For example, multiple hotels at Disney World have yet to reopen after last year’s closures, a similar move that Disney used during a travel decline post-9/11. During slower times, the resort also regularly pulls blocks of rooms out of service. But the permanent nature of this latest move is rare. While other hotels at Disney World quickly fill up during the busier times of the year, rooms at the Grand Floridian are typically a bit easier to find. On a recent podcast discussing the shift to DVC at the Grand Floridian, Touring Plans founder Len Testa said the “I have seen the occupancy numbers at the Grand Floridian lately, and it’s not good.”

This may be due to numerous factors, including rates that can see the best suites demand more than $4,000 per night, but the availability also affects Disney World’s overall occupancy rates. By decreasing the resort’s size by nearly a quarter, the remaining non-DVC rooms can then see their demand increase. Testa also noted that sales from DVC contracts count as theme park revenue. The sudden increase in the number of rooms available could prove beneficial to the theme parks division trying to make up for the pandemic.

As families look to return to traveling this year, many timeshare members have unused points that they need to spend. That has caused higher than average demand across the industry, including at Walt Disney World, where the majority of DVC hotels are located.

In April, Travel + Leisure Co., formerly Wyndham Destinations, reported bookings for the first quarter of this year across Sun Belt markets, including Florida, exceeded 2019 levels. Other timeshare companies are also seeing substantial demand and are investing in new offerings. Westgate Lakes Resort & Spa, on Turkey Lake Road, debuted a new on-site water park earlier this year, and Marriott Vacations is readying to break ground on a massive new headquarters in the O-Town West development, next to I-4.

Prices, contract terms, and information regarding the Grand Floridian DVC units have yet to be shared. The units are currently scheduled to open next summer during WDW’s 50th Anniversary celebration.