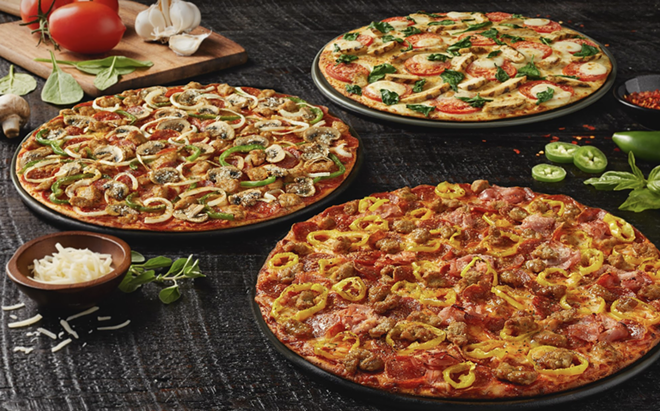 Donatos, an Ohio-based pizza chain, has announced its return to Orlando with more than 20 locations in the near future.

The restaurant has one single location in Winter Park, but the newest development focuses on 20-30 locations in Orlando and Daytona, specifically highly populated neighborhoods, per a statement from the restaurant.

Donatos' comeback is part of a bigger plan focused on extending the franchise all the way from Jacksonville to Miami-Dade County.
Jeff Baldwin, Donatos' vice-president of the development of franchising, said picking Orlando as the focus of their new locations was no accident.

“We know Floridians are searching for new pizza and while we have been in business for 58 years there is no pizza in Florida like Donatos ‘Edge to Edge’ toppings pizza,” Baldwin said in the statement.

The pizza company, owned by McDonald's until 2003, left the Orlando market back in 2008 after the owner shifted the business model to smaller franchised stores. Donatos is known for its signature pizza with 100 pieces of pepperoni, tasty Italian sandwiches, and a variety of desserts.