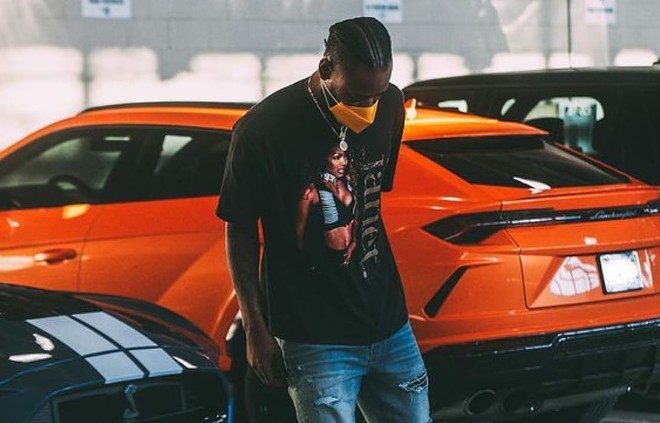 We hate to say it, but maybe LeBron had a point.

At the very least, Orlando Magic star Terrence Ross has to be giving the City Beautiful a bit of side-eye after joyriders stole his Lamborghini Urus SUV from a local dealership.

Ross posted a video to his Instagram in which he was shopping at a luxury car dealership with his son. After walking around and showing a few cars, Ross recounted how he learned his SUV had been stolen.

He said that police called him early in the morning to tell him they found his car in Maitland. Ross said he was confused because he hadn't been anywhere. What became clear after talking to police was that his Lamborghini, which he'd taken in to be serviced, was stolen from the dealership and wrecked. The Orlando Police Department is investigating the case.

"[The police] basically told me that two guys broke into the dealership, smashed through a glass, went through a desk, grabbed keys and go out to the lot and start seeing which key works,” Ross said. “And the key that they stumbled upon was my key. My key to my flat Lambo gets stolen off the lot.”

Ross bought himself the SUV for his 30th birthday and was clearly distraught over the loss. He doubts he can find another of the highly sought-after SUVs that retail for over $200K.