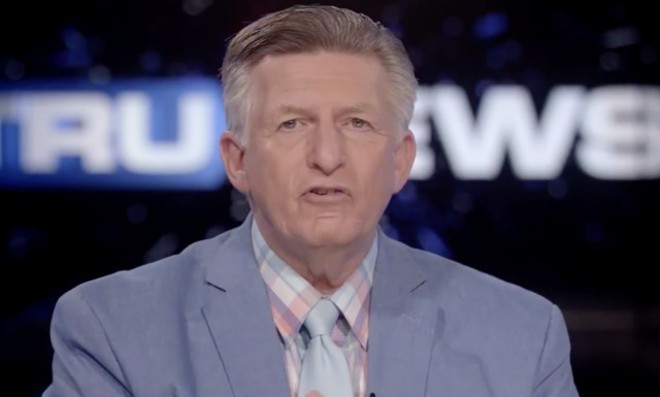 Rick Wiles, a right-wing anti-vax pastor who once referred to the coronavirus as a plague sent by God to purge the world of sin, was hospitalized with COVID-19 this week.

According to a recent post on Wiles’ website TruNews.com, Wiles was hospitalized Sunday after he came down with COVID-related pneumonia and was having difficulty breathing.

“Thanks to Jesus Christ, I survived the CCP Covid genocide on the American people,” Wiles wrote, likely referring to the Chinese Communist Party. “I will be released from the hospital later today. My breathing is returning to normal. Pneumonia defeated. The worst is over.”

The announcement came after his website revealed it had to shut down because it was “experiencing a sudden cluster of flu and COVID among some employees and their relatives.” Wiles added that at least three staff members at TruNews were recovering from COVID, as well as five members of his immediate family, including his daughter-in-law and grandson.

An “urgent prayer request” emailed to TruNews subscribers noted that anyone making fun of Wiles for being a giant hypocrite will surely end up in hell. “It will only serve to be used to fuel their flames of torment in hell, unless they repent,” said the email.

Wiles, who is the pastor of the evangelical Flowing Streams Church in Vero Beach, has previously stated that he would not get vaccinated and referred to it as an “Antichrist plot” to commit “global genocide,” according to far-right watchdog site Right Wing Watch.

Last March, Wiles also said it was “God’s judgement” when a board member of the LGBT Bar Association of Greater New York died of coronavirus. “There is a plague underway,” said the pastor. “There is a death angel across the world, and your only safety is in Christ.”

That same month, an outbreak occurred at a synagogue in Israel and Wiles referred to it as God’s punishment for not accepting Jesus Chirst as their savior, reports the publication. “God is spreading it in your synagogues!” said Wiles. “You are under judgment because you oppose his son, Jesus Christ. That is why you have a plague in your synagogues.”