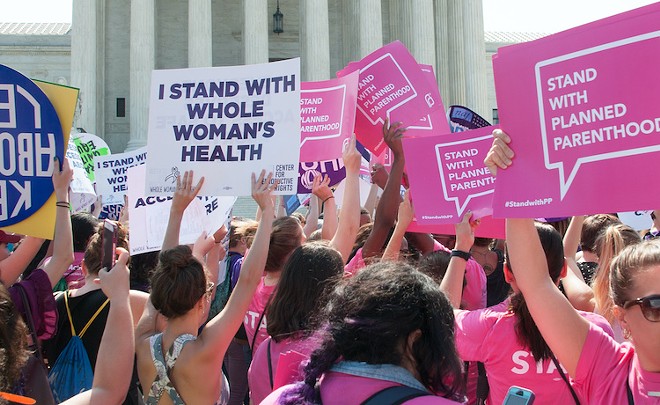 Ending reproductive-health restrictions is beneficial for women and the economy, according to an online tool from the Institute for Women's Policy Research.

This year, more than 500 bills restricting or banning abortion have been introduced across 46 states, including Florida.

Alexis McGill Johnson, president and CEO for Planned Parenthood Federation of America, said the data show if all state-level abortion restrictions were eliminated, more than a half-million women would enter the workforce, and annual earnings for all women would increase by an average of more than $1,600 a year.

"We know at the national level, the state-level abortion restrictions cost $105 billion per year by reducing labor-force participation and earnings," Johnson reported.

The research showed if all abortion restrictions were lifted, the estimated earnings increase for working women in Florida would be more than $6 million.

On May 17, the U.S. Supreme Court agreed to hear arguments challenging a Mississippi law that bans most abortions after 15 weeks.

Related The Supreme Court is about to seize its chance to kill Roe v. Wade

The Supreme Court is about to seize its chance to kill Roe v. Wade
By Jeffrey C. Billman
Columns

It's a case Johnson contended strikes at the heart of Roe v. Wade, the 1973 Supreme Court ruling that made abortion legal.

She noted a ruling upholding the Mississippi law would put the reproductive rights of 25 million women at risk in states where abortions could be banned.

Johnson pointed out access to birth control has been responsible for one-third of women's wage gains since the 1960s. And with reproductive rights under threat, in so many states and the Supreme Court, making those connections will be critical.

"This new tool to give us data around making the economic case for abortion access, in a moment where access and the right are very much on the line," Johnson remarked. "It's just going to be so instrumental for our fight."

The Supreme Court will hear arguments in the Mississippi case in the new term that starts in October. A decision is likely by June of next year.