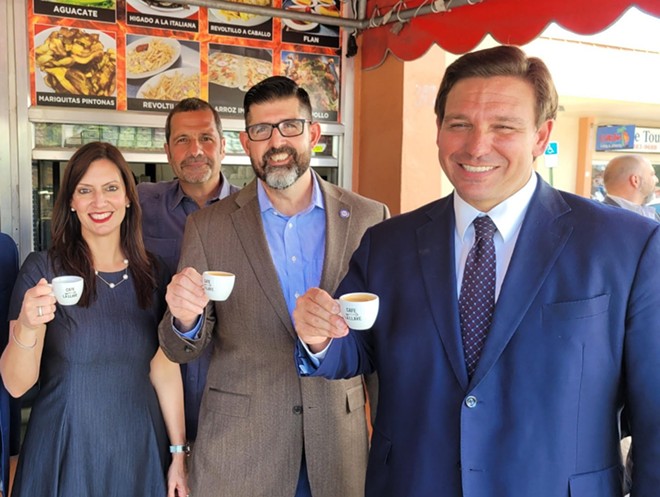 We're beginning to think some of these Republican fellas might be hypocrites.

The office of Florida Gov. Ron DeSantis did not have any kind words for COVID-19 whistleblower Rebekah Jones, who was suspended by Twitter this week. DeSantis recently signed a law that implemented stiff penalties for social media companies that suspend users.


"This decision was long overdue," DeSantis' office shared with Politico reporter Matt Dixon. "Rebekah Jones was the Typhoid Mary of COVID-19 disinformation and has harmed many hardworking DOH employees with her defamatory conspiracy theories."

This statement comes mere hours after DeSantis definitively supported the conspiracy theory that the novel coronavirus leaked from a lab in Wuhan, China. The governor shared painted a picture of a secret network of suppressors in the media and government who kept the story out of the news.

Whether or not Jones was telling the truth about her time at the Department of Health is a matter of debate. A recent piece in the National Review laid out a relatively compelling case that she is a liar. However, the Inspector General of the state Department of Health recently granted Jones whistleblower status, indicating that she may well have been fired for sharing information of misconduct.

Jones herself says she was suspended from Twitter for repeatedly sharing an article from the Miami Herald that included her account of what happened while she was employed with the DOH.