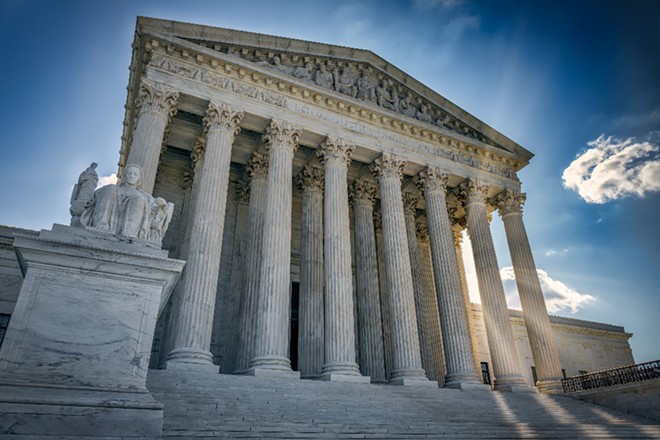 The U.S. Supreme Court on Thursday rejected a challenge by Florida and 17 other states to the Affordable Care Act, leaving intact the law that has helped more than 2 million Floridians obtain subsidized health insurance this year.

The court, in a 7-2 decision, did not opine on the crux of arguments by Florida and other plaintiffs that the law was unconstitutional after Congress in 2017 eliminated a financial penalty for people who didn’t carry mandated coverage.

Justice Stephen Breyer, writing for the majority, said the states and two individual plaintiffs did not meet procedural requirements because they had not “shown a past or future injury fairly traceable to defendants’ conduct enforcing the specific statutory provision they attack as unconstitutional.”

In a prepared statement, Florida Attorney General Ashley Moody said her office respects “the ruling and authority of the court.” But the Republican attorney general also defended her involvement in the suit, saying “my office will always push back on any federal overreach limiting the authority of the states.”

But Democrats celebrated the decision upholding the law commonly known as Obamacare.

“Thank goodness,” state Sen. Audrey Gibson, D-Jacksonville, said in a prepared statement. “Unlike the attorney general, the governor and the Republican-led Legislature, the Supreme Court understands the challenges many families face in getting affordable health care.”

Moody, Gov. Ron DeSantis and other Republican leaders have opposed Obamacare, despite the fact that Florida leads the nation in the number of people who enroll in a federal health-insurance exchange under the law.

The law, approved in 2010 by congressional Democrats and then-President Barack Obama, also requires insurance companies to sell policies to all individuals regardless of health status. Previously, insurance companies did not face such a “guaranteed issue” requirement to sell policies to everyone, and there was not a “high risk” pool for people with potentially expensive conditions to purchase coverage.

Florida Democrats warned that hundreds of thousands of Floridians with pre-existing conditions would lose coverage if Obamacare was eliminated. As a result, the Republican-controlled Legislature in 2019 passed a bill that would require insurance companies and health maintenance organizations to offer at least one policy that would not exclude, limit, deny or delay coverage because of pre-existing conditions.

But critics argued the requirement, which would take effect only if the federal law was repealed or found unconstitutional, would not ensure that the policies would be affordable.

Thursday' s ruling marked the third time that the U.S. Supreme Court has upheld the law that is considered to be Obama’s signature legislation.

In 2012, in a case known as National Federation of Independent Business v. Sebelius, the court in 5-4 decision upheld the individual coverage mandate and the penalty for people who don’t carry insurance. It ruled that the penalty for failing to comply with the mandate was a “tax” and therefore justified.

In a 32-page dissenting opinion Thursday, Justice Samuel Alito touched on the past rulings and said “no one can fail to be impressed by the lengths to which this court has been willing to go to defend the ACA (Affordable Care Act) against all threats.” Alito, joined by Justice Neil Gorsuch, wrapped the dissent by adding that “fans of judicial inventiveness will applaud once again. But I must respectfully dissent.”

The Biden administration and other backers of the law, however, praised Thursday’s ruling.

“Once again, the Supreme Court has made clear that the landmark Affordable Care Act is the law of the land,” U.S. Department of Health and Human Services Secretary Xavier Becerra said in a prepared statement. “Today’s ruling is a victory for all Americans, especially people with a pre-existing condition or anyone who was worried they could be forced to choose between their health and making ends meet. Health care should be a right —- not a privilege —- just for the healthy and wealthy.”

“The landmark federal law, enacted in 2010, has helped remove barriers to coverage and care for people with disabilities, people of color, and those with low income,” Knight said in the statement. “Now, with the lawsuit in the rearview mirror, it’s time for Congress to focus on strengthening the (Affordable Care Act) by closing the health care coverage gap for 2.2 million uninsured adults across the country and enacting permanent ACA marketplace reforms to make insurance coverage more affordable.”