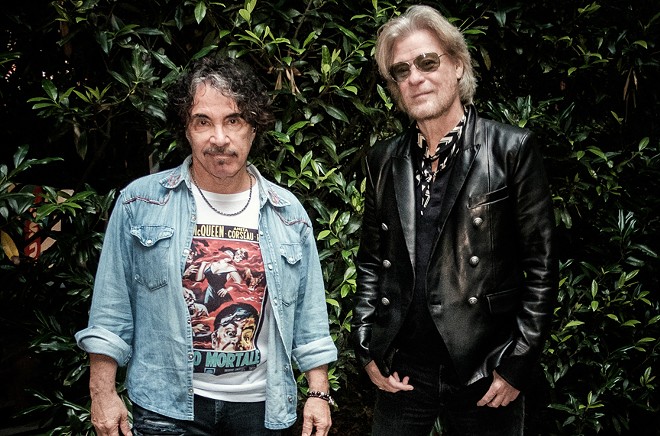 Two pop bands that even the most curmudgeonly record-store geek loves are coming to Central Florida this fall. Squeeze ("Tempted," "Pulling Mussels")
and Hall & Oates (come on) will be in the middle of U.S. tours when they pull through Tampa for a date at the MidFlorida Credit Union Amphitheater on September 20.

The Tampa stop will be one of three in Florida for Squeeze. They play one more show with Hall & Oates in Fort Lauderdale before closing out their Sunshine State run with a solo show in Jacksonville.


As for the headliners, it will be their third time playing Tampa in recent memory. Ahead of their last show in 2018, Daryl Hall summed up the way that the band went from cool kid pariahs to beloved hitmakers.


"I’m just glad that the days of gatekeepers and opinion makers are over. We live in a very different time and in the way that people perceive entertainment," he said. "There’s not some jackass saying who’s the future of rock & roll and all that stuff. People aren’t making money off of manipulating people’s perceptions."

Tickets to the Tampa date are on sale now, starting at $29.50 for lawn seats.