After 136 years, a Utah politician wants to fix one of the biggest issues in cruising

The pandemic has caused plenty of lasting changes, but it now looks like it may also undo a law that has impacted passenger transit for nearly a century and a half. The Passenger Vessel Service Act (PVSC) was enacted in 1886 by President Grover Cleveland to protect domestic companies from foreign competition. It blocks foreign operators from transporting passengers between two domestic ports.

Since the beginning of modern recreational cruising 50 years ago, the industry has ensured its compliance with the law by stopping at foreign ports between U.S. ones. Only a handful of cruise ships are registered in the U.S., mostly smaller boutique ships and those servicing Hawai’i. 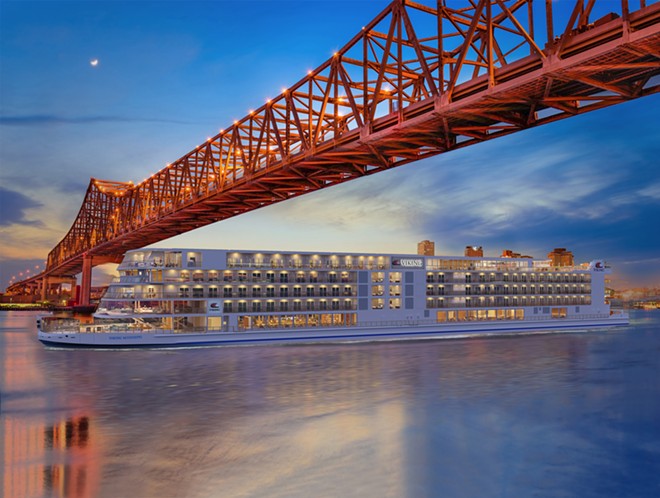 The vast majority of cruise lines opt to register their ships outside of the U.S. to not to have to follow U.S. labor laws and other regulations. That became a point of contention last year when other parts of the travel industry were receiving assistance from the government. At the time, numerous politicians pointed to their foreign status as a reason why the cruise industry shouldn’t receive the same level of support airlines and hospitality businesses were provided.

Cruise lines quickly responded to politicians by noting the thousands of jobs they create in the U.S. and the taxes they pay despite the foreign registrations. Now it seems that initiative has convinced some politicians to work to remove some red tape cruise lines face.

Utah Republican Mike Lee has introduced three bills in the Senate to repeal and reform the Passenger Vessel Services Act of 1886, calling the law "bad economics" and "bad news."

In the 136 years since the PVSC was signed into law, America has seen its shipbuilding industry collapse while the law creates difficulty from foreign-built and flagged ships. The law also means cruise lines are typically forced to choose between registering in the U.S. or visiting foreign ports, nearly all deciding the latter is more economically viable. That, according to Lee, removes potential traffic and jobs from coastal cities.

Lee’s bills come as the antiquated law gets new interest due to Canada’s closure of its ports until next year, which in turn nearly caused Alaska’s cruise season to be lost. After Alaska, which relies on tourism as a primary driver of its economy, signaled a second year without cruising could have lasting negative consequences on its economy, a temporary amendment to the PVSC was quickly passed in Congress with unanimous consent.

The Alaska Tourism Restoration Act created a reprieve from the PVSC but enacted additional medical and safety standards for the ships. It is set to remain in place until Canada once again opens its borders to foreign vessels, at which point the full power of the PVSC will be restored.

All three bills by Lee are each designed to encourage cruise itineraries that feature multiple U.S. ports, with one of the proposals including incentives for such voyages. That could allow for a significant shift in Florida’s cruise itineraries.

The Sunshine State is home to three of the four busiest cruise terminals in the world, including the top two. But all those cruises are to foreign destinations, such as The Bahamas and Mexico. By lifting the PVSC, more cruises along Gulf Coast or Atlantic port towns could be seen. Some smaller boutique cruise lines registered in the U.S. already offer cruises between Jacksonville and the mid-Atlantic. There’s also a growing cruise presence in Texas. Many of those cruises could opt for Florida itineraries instead of Mexican ones.

It’s still too early to know if Lee’s three proposals will pass but the unanimous passage of the Alaska Tourism Restoration Act in an extremely divided Congress points to the possibility that this may at least have a chance.