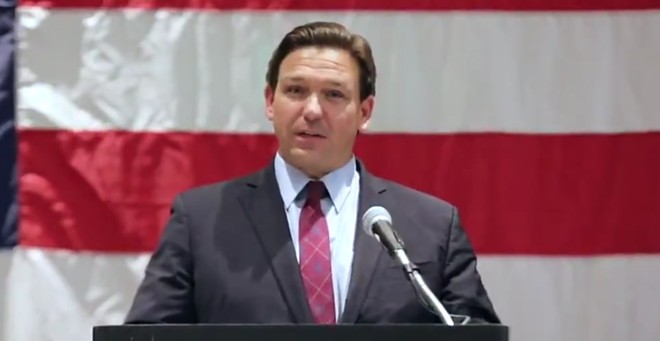 A federal judge on Monday appeared skeptical about a new Florida law aimed at punishing social-media companies that strip users from their platforms or flag users’ content.

Online-industry groups NetChoice and the Computer & Communications Industry Association this month filed a lawsuit challenging the law, pushed by Gov. Ron DeSantis after Twitter and Facebook blocked former President Donald Trump from their platforms after his supporters rampaged at the U.S. Capitol building on Jan. 6.

Arguing that the law would violate social-media companies’ First Amendment rights and harm their efforts to moderate content, the industry groups have asked U.S. District Judge Robert Hinkle to block the law from going into effect Thursday as scheduled.

Hinkle peppered lawyers with questions and swiped at the law during a two-and-a-half-hour-long hearing Monday.

“I won’t put you on the spot and ask you if you’ve ever dealt with a statute that was more poorly drafted,” the judge asked lawyers representing DeSantis’ administration.

The controversial law seeks to prevent large social-media platforms from banning political candidates from their sites and to require companies to publish — and apply consistently — standards about issues such as banning users or blocking their content.

The new law “is a sweeping attack on core First Amendment rights” of private companies “whose businesses revolve around hosting and presenting speech,” Brian Willen, an attorney who represents the plaintiffs, told Hinkle during the hearing.

“Every day these companies are called on to make complex and often subjective value judgments about what content they want to host and how they want to present that content to the world. The act directly suppresses protected editorial speech … and subjects them to draconian penalties,” Willen argued. “It lets the state investigate and punish private companies whenever it thinks their editorial speech is unfair or inconsistent when measured across some nebulous standard.”

But Brian Barnes, an attorney with the Cooper & Kirk PLLC firm who represents the state, said First Amendment speech protections don’t apply to the social-media behemoths.

He pointed to a U.S. Supreme Court decision in a case known as Rumsfeld v. Forum for Academic and Institutional Rights that Barnes said “definitely disproves this categorical First Amendment right to engage in, they call it editorial judgment, but I guess I would characterize it as silencing particular voices that the First Amendment always protects.”

Tech groups seek injunction against Florida's social media crackdown law
By Jim Saunders, NSF
Blogs
“The question the court has to focus on is not are these social media platforms engaging in something that looks like the editorial judgment of a newspaper. The question is, are they producing a speech product of their own, separate and distinct,” he told Hinkle. “I think that a newspaper and editing a newspaper is fundamentally different from the kind of conduct that is being regulated on the part of social-media platforms.”

But Willen said the state doesn’t have the authority to dictate private businesses’ decisions about user content.

“These are not cases where there are clear, right and wrong answers. And that’s exactly why the First Amendment reserves these judgments for private parties, not for the government. The state simply cannot be the arbiter of the consistency, accuracy, the fairness of private editorial judgments. The power Florida now seeks, is manifestly unconstitutional,” he said.

The state law targets large companies, applying to platforms that have annual gross revenues of more than $100 million or have at least 100 million monthly individual “participants” globally, such as Twitter, Facebook and YouTube.

Plaintiffs’ attorney Peter Karanjia urged Hinkle to block the law, arguing that it would wreak havoc for companies and users if allowed to go into effect this week.

“Compliance is not just a flick a switch on and off. You need a lot of lead time to do that,” Karanjia said.

DeSantis, a Trump political ally, has boasted that Florida’s “trailblazer” law, approved by the Republican-controlled Florida Legislature this spring, will keep “woke” Silicon Valley executives and their employees from “suppressing ideas that are either inconvenient to the narrative or which they personally disagree with.”

But Hinkle on Monday poked at holes in the law.

“It just seems to me that you can only make sense out of this statute if you know what the Legislature must have meant, not what it said. And I think that’s a hard argument in Florida, where the court says, just read the words,” the judge said.

For example, Hinkle asked Barnes about part of the law saying that companies can’t use “post-prioritization” to put candidates’ posts “ahead of, below, or in a more or less prominent position than others in a newsfeed, a feed, a view, or in search results.”

“And I know that because that just makes sense, even though it’s not what the statute says,” Hinkle retorted.

Hinkle also questioned the practicality of the law.

“What the state of Florida apparently believes is we’ll just have a completely different internet or social media in Florida than everywhere else. They’ll have to provide a different platform in Florida,” he said.

But Barnes said platforms “already do provide or comply with state-specific regulations.”

Hinkle did not issue a decision on the plaintiffs’ request for a preliminary injunction but said he expects to release a ruling before Thursday.

The judge also asked about part of the law that creates an exemption for theme parks that meet certain criteria.

“There’s nothing in the record that indicates that any entity that operates a theme park has a social media platform of the sort that we’re really focused on,” Barnes said. The theme-park provision is “severable” from the rest of the law, meaning that Hinkle could strike down that provision while keeping other portions of the statute intact.

“You’ve got an equal protection problem,” Hinkle said. “How do I know whether the right answer is to strike the exception or to strike the rest of the statute? You’ve got to make it equal somehow.”

Lawmakers “had to know, had to know that this was a major constitutional issue,” the judge added.

“And yet, even in the face of this major constitutional issue, they did not vote to make Disney, Universal, and ABC subject to this law. And you want me to infer that they would be willing to put Disney and Universal Studios under this law, even though nobody voted to do it,” he said.