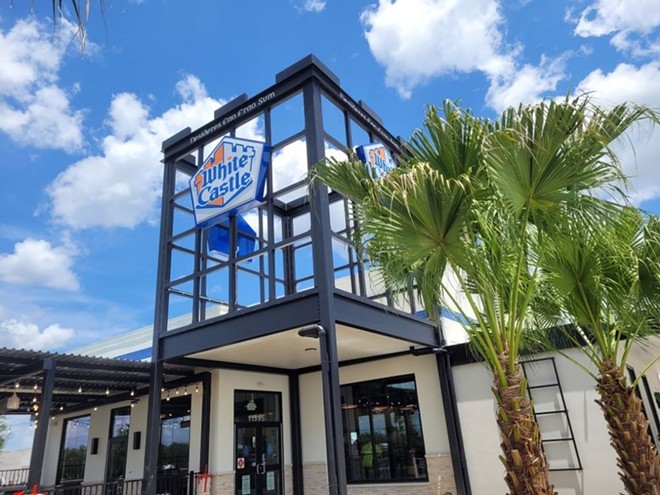 If the lines around the World's Largest White Castle have kept you away from the burger behemoth on Daryl Carter Parkway, get ready to nod smugly. In the restaurant's first health inspection after its opening bonanza, the restaurant received 20 health code violations, including nine high-priority infractions.

Nine of the violations from the June 25 inspection were rated basic, minor infractions, ranging from employees wearing jewelry while preparing food to a lack of proper signage in the store. Intermediate violations included a possible mold growing in an ice machine and inconsistent hot water temperatures at sinks throughout the restaurant.

Rehydrated onions used in the restaurant were found to be made the day before and the health inspector forced the restaurant to cease using them during the inspection. The inspector noted that a toxic cleaner was stored near single-service items like food trays and had the issue corrected immediately.

One employee was found to move from working with raw meat to working with buns without washing their hands in the interim. Perhaps most concerning, the inspection noted the presence of flying insects throughout the restaurant. The inspector advised management about pest control options.

A follow-up inspection three days later noted that many of the issues had been corrected, barring buildup in the ice machine and the water temperature of various sinks.