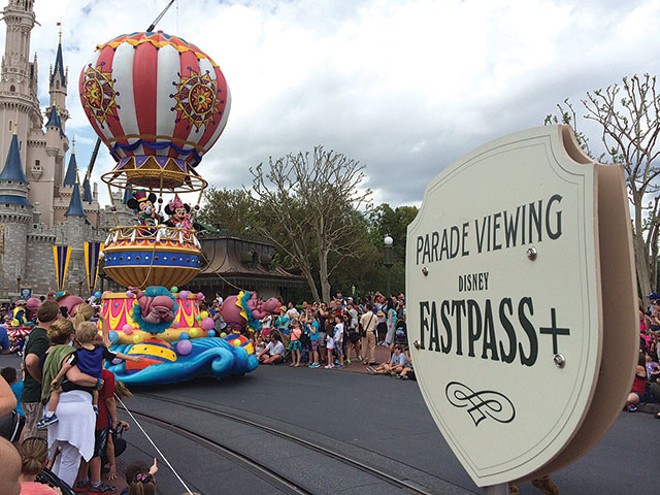 In what's almost certainly a glimpse into our ever-more-grim future, Disneyland Paris just crossed the theme-park tiered service Rubicon. The Disney park rolled out a paid version of FastPass, the scheduling/advanced queueing service that allows Disney parks riders to hop to the front of long first-come, first-served lines.

The service known as "Disney Premier Access" has fully replaced the free, former FastPass system in the park. Riders will be charged to skip the queue on a per-ride basis, with rates ranging from €8 (~$9.50) to €15 (~$18) per rider.

Like the Walt Disney World's FastPass+, paid rides will be scheduled in advance under Premier. Once in the park, guests will have to scan a QR code to enter a fast lane.

Rumors of a paid FastPass have been swirling around stateside parks all year. The free service was first introduced in 1999, and has been modified several times since. As Mickey Views' Brayden Holness explained to Orlando Weekly in a recent interview, the pandemic suspension of FastPass gives the park an opportunity to come back with something entirely new.

“Disney faces a rare moment where they have the ability to establish a 'new normal' with their park operations," he said. "There currently is no FastPass, so introducing a new or modified system wouldn't require canceling existing perks as it would have in the past.”