Second OCSO deputy suspended for posting to TikTok in uniform 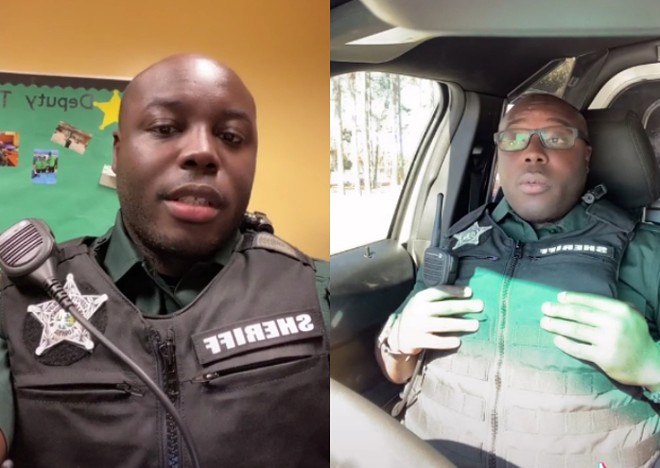 Yet another Orange County Sheriff's Office deputy has been disciplined for posting TikToks while in uniform.

Shortly after OCSO deputy Shelby Abramson was suspended for her posts to the platform, investigators began looking into the account of deputy Sha Quan Smith-Ramsay. Of the 88 videos Smith-Ramsay shared to the social media app between May of last year and the beginning of the investigation in January, 53 of them showed him in uniform. Videos that investigators believed cast the department in a negative light ran afoul of the OCSO policy against unbecoming conduct. Ramsay-Smith was suspended for 100 hours without pay.

While the report issued by investigators admitted that many of these videos were benign, they noted several were set to music that contained explicit lyrics. One video featured a filter that made it appear Ramsay-Smith was in a room filled with smoke. Further videos showed Ramsay-Smith appearing unenthusiastic about his job, joking about waiting for the weekend while dawdling in an office chair.

“When creating the videos containing the inappropriate content, Deputy Smith-Ramsay was wearing his agency-issued Orange County Sheriff’s Office uniform and, on several occasions, was working on-duty in a work setting. These videos provided an image to the public that placed members of the Orange County Sheriff’s Office in disrepute and do not align with the values of the organization,” the report read, per WKMG.

That language echoes the ruling on fellow cop TikTokker Abramson, who was also suspended under the department's policy around officer conduct.