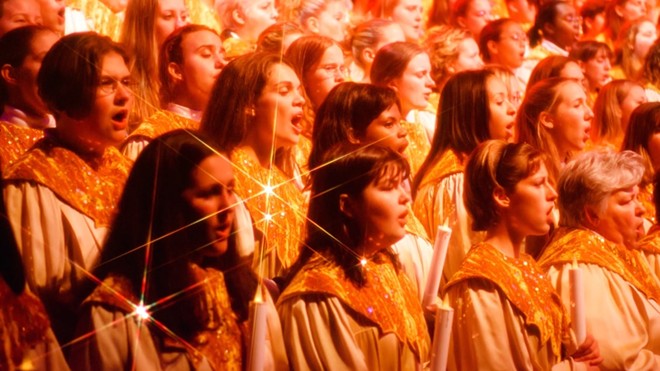 The odds of the annual Candlelight Processional returning to EPCOT in 2021 are not looking good.

The winter holiday celebration is a highlight for many Florida high-schoolers and their families, but it was put on hold last year due to coronavirus restrictions. A recent announcement from Walt Disney World laying out their planned holiday events across the parks made no mention of the processional returning.

The event is typically held in EPCOT, but was not mentioned under the park's plans. Instead, the blog highlighted the return of a food fest called the EPCOT International Festival of the Holidays. That event will run from November 26 to December 30.

It wasn't all losses, however. Walt Disney World shared a new after-hours ticketed event in the Magic Kingdom that will run on select nights from November 8 to December 21. The "Disney Very Merriest After Hours" event will include fireworks, seasonal music and treats for guests.

As for the standard holiday season projections and evening shows before the parks close, Disney noted that they will run less often than the usual. Holiday shows at Cinderella's Castle will be alternated with special 50th anniversary celebrations.