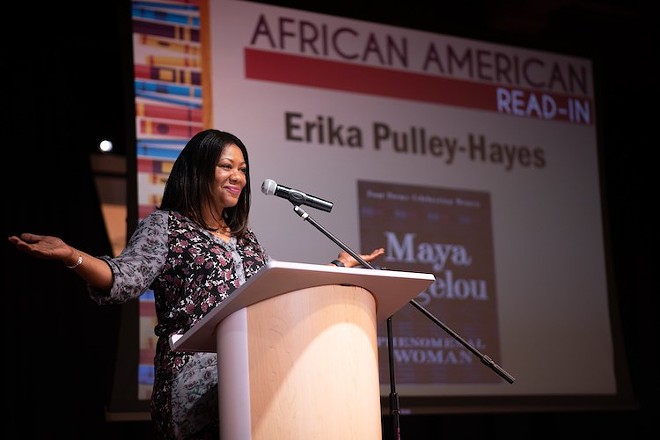 WMFE CEO and President Erika Pulley-Hayes will be leaving her position in Orlando public radio to take the job of General Manager at NPR affiliate WAMU in Washington D.C.

Pulley-Hayes' hiring by WAMU was announced earlier this week, and confirmed in a goodbye statement sent out on Thursday. She will be starting the GM job at the the venerable public radio station on Aug. 30.

Pulley-Hayes' hiring was the result of a "competitive, monthlong" search process.

“Washington, D.C., is really a public radio station’s dream market,” Pulley-Hayes excitedly told DCist in an interview this week. “D.C. is the seventh media market in the country. That’s a big deal. So I just think there are so many positives about this opportunity about this city, at this university, with this station. If you’re going to be in public media, this is where you want to be.”

Pulley-Hayes will succeed JJ Yore at WAMU, whose own tenure ended last year amid a myriad of scandals.

“With her impressive background at the Corporation for Public Broadcasting and leading an NPR affiliate and extensive management experience, Erika is the perfect general manager to build on WAMU’s strengths and lead it to an even brighter future. We are excited to welcome her to WAMU and American University and back to Washington, D.C,” said Seth Grossman, American University’s VP of people and external affairs and chief of staff, in a press release.

Pulley-Hayes came to WMFE from the Corporation for Public Broadcasting in D.C. in early 2020 and managed both Central Florida's WMFE and the WMFV in the Villages, keeping the stations steady during the COVID-19 pandemic. Pulley-Hayes also currently serves on the NPR Board of Directors.

"It has been a great honor to have worked within the Central Florida landscape to help empower the community through the power of public radio," said Pulley-Hayes in a farewell press statement sent out Thursday afternoon. "Throughout the ups and downs of the news cycle, the WMFE newsroom has continued to do outstanding work with award-winning coverage, investigative journalism, and the station continues to be here for you and your neighbors bringing us safely together with important updates and insightful programming."