A former Central Florida police officer with ties to the white nationalist group the Proud Boys was arrested Thursday, July 15, by the Federal Bureau of Investigation for charges stemming from the January insurrection at the U.S. Capitol Building.

Nathaniel A. Tuck, a former Apopka police officer — along with his father Kevin A. Tuck, who is also a former officer with the Windermere Police Department — both face multiple federal charges including aiding and abetting, obstructing a law enforcement officer, entering restricted grounds, obstructing an official proceeding, disorderly conduct inside the Capitol building, and parading or picketing inside an official building.


Nathaniel Tuck worked for the Apopka Police Department from 2018 to September 2020, but according to screengrabs obtained by Creative Loafing Tampa Bay, Tuck was also affiliated with the extremist group the Proud Boys while he was an active police officer.

In posts from the first week of July 2019, taken from the Telegram recruiting channel for the Central Florida “Space Force” chapter of the Proud Boys, Tuck tells recruits that he joined the group after watching hours of antifa videos on YouTube.

“Anyone else decide to join after seeing antifa videos online? Lol. I got myself in a rabbit hole on YouTube and watched 6 hours of videos of antifa attacking people,” wrote Tuck. “I was like ‘Fuck this, I’m joining the Proud Boys’ lol.”

The chapter’s vice president, Arthur Jackman, who is also facing charges related to Jan. 6 and whose spouse is currently an active officer with the Orange County Sheriff’s Office, responded: “It was a combination of things for me, but seeing Antifa emerge was one part.”

Tuck then explained that YouTube exposed him to videos of Proud Boys founder Gavin McInnes, who he says “spoke truth.”

“I watched hours of antifa videos which then led me to Gavin videos. He spoke truth, Which sparked my interest,” said Tuck.

In what appears to be Tuck’s profile, the former police officer states he found the group by “researching online” and that he joined because “I see an increase in radical leftist ideology that is beginning to effect [sic] my life. I don’t want to stand by while the very foundation of America is being eroded by insane communists. And I also want to fight antifa.” 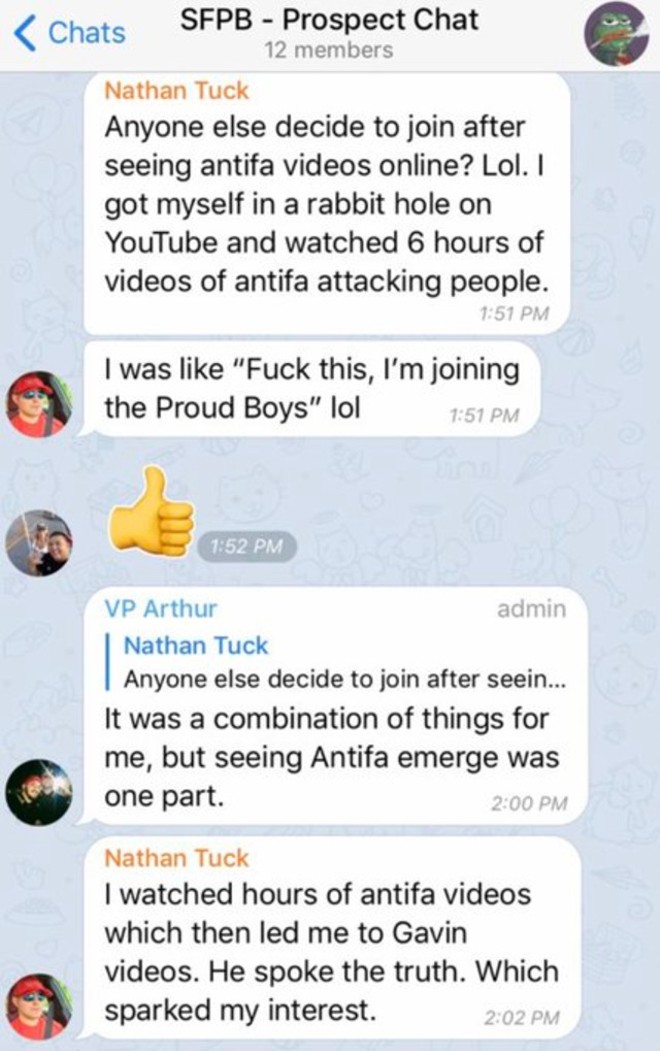 Another Telegram chat shows Tuck accepting an invite to join a meet-up at District Gastrobar in downtown Orlando. The chat also shows a photo of Tuck posing with other Proud Boys at the restaurant.

CL reached out to the Apopka Police Department for further comment, and will update this story if/when it responds. Tuck’s lawyer was also unavailable for comment.

Prosecutors say Nathaniel Tuck attempted to strike an officer with his open hand and his elbow, while inside the U.S. Capitol. Both Tuck and his father also sent text messages to family members during the riot, bragging about being inside the building and fighting cops.

“We stormed the Capitol, fought the police,” said Kevin Tuck to family. “We took the flag. It’s our flag.”

During yesterday’s court appearance, U.S. Magistrate Judge Embry Kidd agreed to release both men on bond under multiple conditions, including they would relinquish their firearms. However, Nathaniel Tuck’s wife, who is a Longwood police officer, will be allowed to keep her agency-issued weapons.

As of now, Florida has more individuals charged in connection with the Jan. 6 attack than anywhere else in the nation, and has the most charges connected to far-right extremist groups, like the Oath Keepers and the Proud Boys. 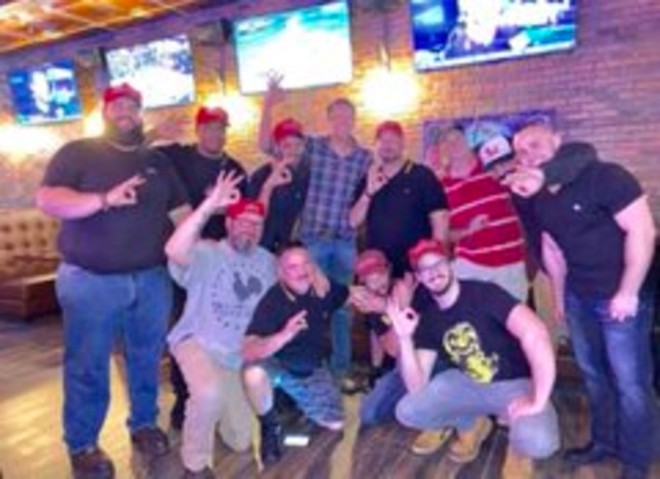