Canada's border opening up might lead to tourism boom in Florida 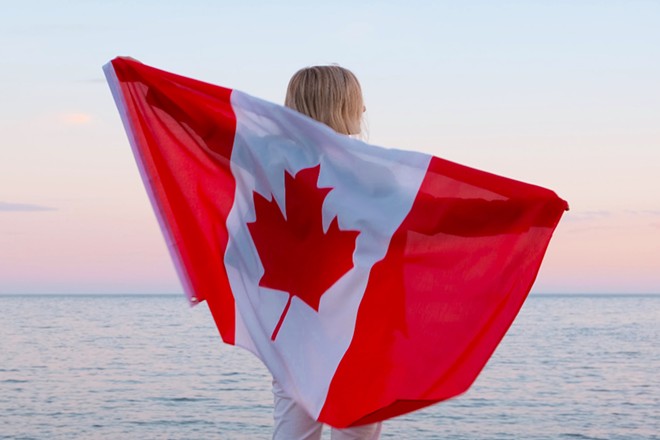 While decisions remain from the White House about Canadian travelers entering the United States, members of Florida’s Economic Estimating Conference said Tuesday they anticipate changes will be made to make it more convenient for people traveling south of the U.S.-Canada border.

“The borders closed. The border opens. You're going to have a big jump in people,” Holger Ciupalo, policy coordinator for the governor’s Office of Policy and Budget, said as the economists looked at a long-range outlook for Florida’s economy.

On Monday, the Canadian government announced that starting Aug. 9, fully vaccinated U.S. citizens will be able to visit Canada without having to quarantine for two weeks. Children under 12 who are not approved to receive vaccines will also be exempt from the quarantine rule so long as they follow public-health measures such as avoiding certain group settings, including camps and day care.

Even with growing uncertainty about the spread of the COVID-19 Delta variant, which sent the stock market reeling on Monday, the panel of Florida economists looked Tuesday to move a forecast for Canadian travel to reach pre-pandemic figures earlier than the first quarter of 2022.

With less than 48 percent of eligible Florida residents fully vaccinated against COVID-19, Amy Baker, coordinator of the Legislature’s Office of Economic & Demographic Research, expressed hesitancy about being too optimistic in forecasting travel because of the Delta variant.

But Ciupalo said he expects the White House to match the Canadian border-policy changes within the next three weeks.

“Yes, you have the Delta variant coming out. However, Canada's over 70 percent vaccinated. They're still getting vaccinated,” Ciupalo said. “Yes, the U.S. is lacking on that. Be that as it may. So, I do not think that the forecast for Canadians should come down from wherever it is right now.”

The United States and Canada restricted non-essential travel across the border because of the pandemic. On Monday, White House spokeswoman Jen Psaki told reporters that international travel decisions await guidance from public-health and medical experts.

"We take this incredibly seriously, but we look and are guided by our own medical experts. I wouldn't look at it through a reciprocal intention," she said

Canadian travel into Florida for the first quarter of 2021 was down 97.2 percent from the same period in 2020, with Florida attracting 34,000 Canadians during the period, according to Visit Florida numbers.

The state’s tourism-promotion agency also estimated that overall international tourism was down 74.4 percent during the first quarter of 2021, compared to the same period in 2020.

The state drew an estimated 564,000 overseas visitors the first three months of the year, with many nations imposing border screening and other travel restrictions due to COVID-19.

Second-quarter numbers from Visit Florida aren’t expected to be released until next month. Those numbers are expected to easily top the second quarter of 2020, when the tourism industry bottomed out because of the pandemic.

Florida this year drew an overall 26.16 million visitors from Jan. 1 to March 31, down from 30.4 million tourists during the first quarter of 2020, according to Visit Florida.

Vesselka McAlarney, who conducts economic forecasts for the Office of Economic & Demographic Research, said this year’s first-quarter numbers might be in part “artificially boosted” by former part time residents and online workers permanently relocating to Florida. But that shouldn’t impact the anticipated growth in international travel to Florida.

Florida attracted an estimated 79.75 million tourists in 2020, a 39.3 percent drop from 2019. The 2020 figures were the lowest in a decade for a state that relies heavily on tourism to fuel its economy.

The pandemic began hammering the state’s economy in March 2020, amid a period of the year that includes tourist draws such as spring break and baseball spring training.