A cool new Harry Potter attraction just opened, but this time it's not at Universal Studios 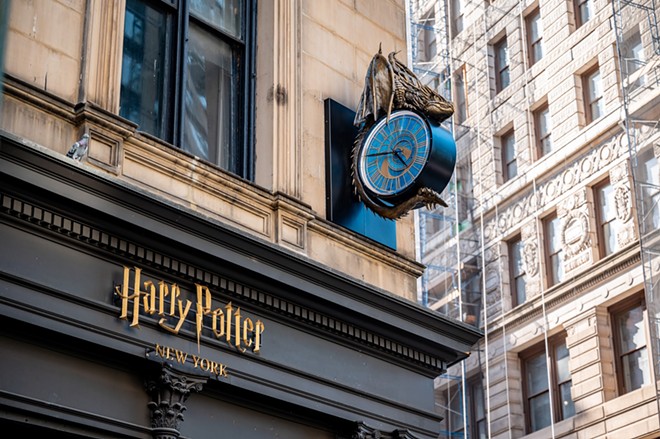 Since 2010, Harry Potter has been a constant wellspring of content for themed entertainment.


It wasn’t long after Universal welcomed a record-breaking number of guests to the Wizarding World with lines that last nearly all day that Warner Bros. opened their own Potter-anchored attraction in London. The company’s Hollywood studio tour quickly followed suit with its own Potter section.

At the same time, Universal continued to revolutionize the themed entertainment industry with the addition of the well-hidden Diagon Alley and Wizarding World additions to its Hollywood and Japan resorts.

The two studio companies worked together on each of these additions, ensuring they were as accurate as possible to the movie versions of the stories. Warner Bros. continued to seek ways to replicate the success it saw in London by purchasing the Platform 9 3/4 K1ng's Cross stores and expanding into new markets with Potter experiences. The three stores in London brought in more than $2 million in revenue per month in 2019.

Even as some of the shine has been taken off of author J.K. Rowling, Harry Potter fandom will not be stopped. The company  recently opened the world’s largest Potter store in New York City.

Stretching across three levels, the Harry Potter New York store fills more than 20,000 square feet with the latest in Wizarding World merchandise. Fifteen different themed areas touch on all the most popular scenes from the films. The House of MinaLima, a micro shop dedicated to the graphic designers made famous for their work in the Potter films, offers stylish posters and print wares that look straight out of a museum. An entire café dedicated to butterbeer offers the drink in draft and bottled versions, with the bottled versions coming in a custom-designed label made just for this store. 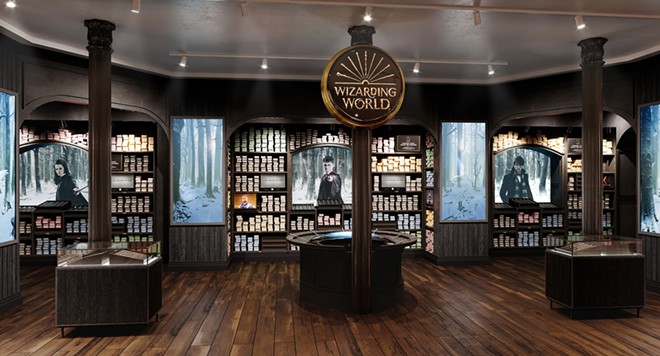 But despite its many photo opportunities, Warner Bros. has maintained that this is a retail store and not an attraction. Now they’re blurring that line even more with the addition of two Harry Potter-themed VR experiences. One experience allows guests to ride on a broomstick, while the other offers an escape room-style romp through the Wizarding World’s most iconic locales. 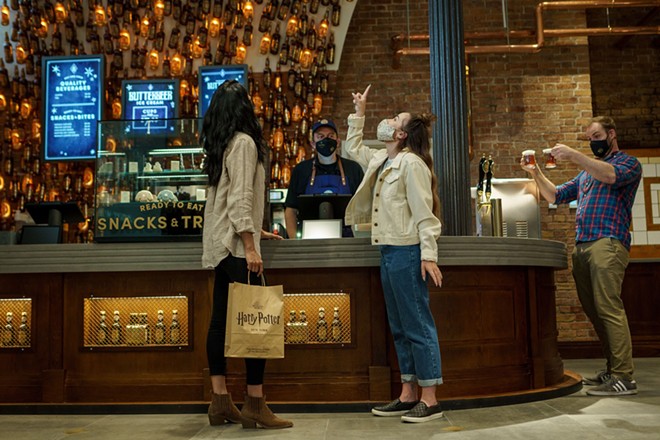 There have been rumors of a Potter broomstick VR experience in the works for Universal Parks for years, with it now expected to come as a future phase to Diagon Alley at Universal Studios Florida. The addition of these new experiences at the New York Potter store reportedly came as a surprise to Universal. In a recent post on his Theme Park University site, Josh Young laid out how Warner Bros. can open this new experience despite likely consulting Universal on a nearly identical concept.


“One could argue that the Harry Potter New York store goes far beyond just a merchandise location. It’s a Harry Potter ‘experience.’ Therefore, it doesn’t step on the toes of anything Universal has exclusivity over. Thus, does a virtual reality broom ‘experience’ create a conflict of interest? Depends on who you ask. Is it technically a ride? Not really since you don’t actually go anywhere,” explains Young. “Thus, the New York Harry Potter virtual reality ‘experience’ sits in this gray area that allows it to even exist.”


To dive deeper into what this new attraction experience means for Universal, Josh Young recently sat down with the Orlando Weekly.

Young believes that Warner Bros. is operating in a gray area with its new experience.

“Universal Parks have an exclusivity on Harry Potter "attractions" within the United States. If you're the only one who has access to a certain IP, it's seen as more valuable. If Harry Potter attractions were in every mall in America, there would be far less incentive to visit Universal Orlando," he said. "However, the WB store in NY is offering an "experience," and they aren't calling it an attraction. From my understanding, this simple change of nomenclature is the loophole which will allow both Harry Potter VRs to operate.”

That loophole isn’t that different from the one Disney used to introduce Marvel characters to its Orlando resort by not acknowledging their connection to the Marvel universe. Just as Universal still benefits from the Marvel contract and therefore is unwilling to part with the intellectual properties, Young points to the success of the Wizarding World lands at Universal parks as a reason why the company will try to maintain a working relationship with Warner Bros. despite this new Warner Bros. experience. 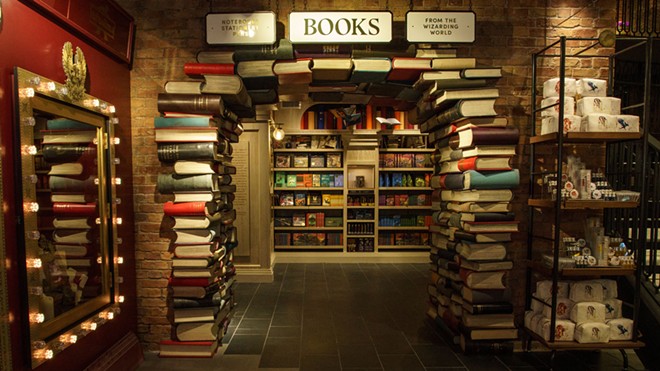 Plus, even though the two concepts are similar, Young thinks Universal will have the advantage of a larger budget for this theme park experience.

“While both are virtual reality rides on broomsticks, they were both made simultaneously by two completely different companies. The quality of the headset, the immersive effects, and even the storyline are somewhat different,” he said.

But Young warns that Universal upcoming VR experience isn’t that different than the Twilight motorcycle experience that Lionsgate opened at its indoor theme park in China in 2019. A copy of that theme park is now strongly rumored for Orlando, with supposed internal documents related to it leaking last fall. 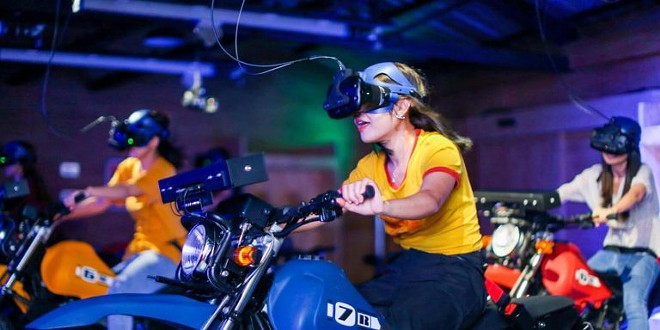