More than 144,000 Florida renters are at risk of eviction if CDC moratorium ends, per report 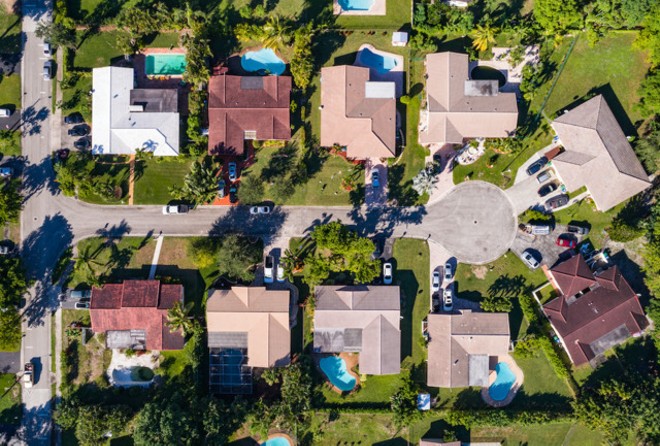 With the Center for Disease Control’s eviction moratorium set to expire on July 31, 144,000 Floridians are at risk of eviction, according to a new report from online real estate site Zillow.

Since June, more people in the U.S. have fallen behind on rent, leading to an increase in the number of renters at risk of eviction. Even though renter confidence has grown since March — the original moratorium expiration date — the prospect of the moratorium ending weighs heavy on hundreds of thousands of renters’ minds.

In Florida, 357,194 renter households are currently behind on rent — 48,969 less than in June, but still a staggering number.

According to Zillow’s estimates, there are 144,220 renter households currently at risk of eviction, 9,879 more than last month. Factoring in added uncertainty, Zillow projects there will be 22,411 eviction filings in Florida and 12,376 are likely to result in eviction. Of those who are behind on rent, 6.2% believe they are very likely, 47.3% somewhat likely, 21.0% not very likely, and 23.0% not at all likely to be evicted.

The number of renters at risk, number of filings, and actual evictions have all increased slightly from June.

More than 7.4 million U.S. households are behind on rent, according to Census Household Pulse Survey (HPS), about 326,000 more than was reported in June. About 3 million of those are at risk of eviction and — though there is still a lot of uncertainty around what will happen once the eviction moratorium officially ends — fewer will actually be evicted. With additional uncertainty about what will happen, Zillow estimates there will be about 481,630 eviction filings after the moratorium ends, with a projected 261,945 likely to be evicted.

When the CDC announced there might be no more extensions, it gave landlords more certainty in pursuing the eviction process, says Zillow.

President Joe Biden asked Congress to extend the CDC’s moratorium as the pandemic rages on, especially in Florida, which is once again the epicenter of the virus due to lack of vaccinations. Meanwhile, renters are left to wait in fear of eviction.

Gov. Ron DeSantis pushed for Florida’s eviction moratorium to expire in September of last year, before vaccinations helped ease the effects of the pandemic. This led to thousands of evictions being filed, reaching pre-pandemic levels for evictions earlier this year. But the CDC’s moratorium expiring could mean more trouble for renters in Florida.