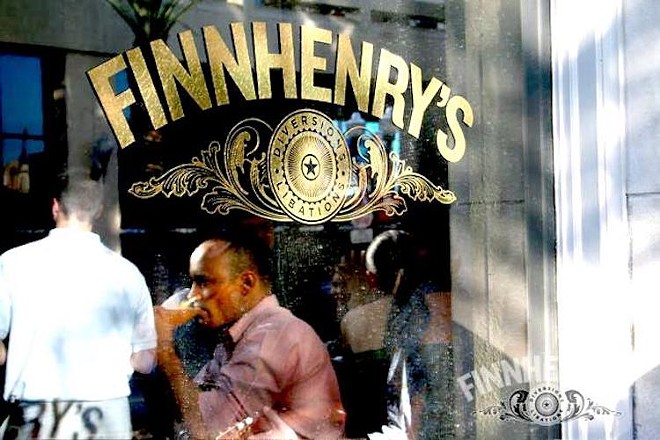 What on earth is a high-end sports bar? How can the dug-in griminess and ever-present grease of the average TV-based watering hole mesh with the glossy aesthetics of a downtown nightclub? One bold and possibly confused group of developers is determined to find out. The former home of Finnhenry's is set to become a "sports club" called Parlay.

That news comes via Orlando Business Journal, who share that Kevin Young is one of the people behind the project. The nightclub operator already handles Celine, Eden and Tier in Orlando. He's also part of the group looking to bring another nightclub to Winter Park's boutique strip. The name of the club is, fittingly, the word for a risky wager that involves multiple moving parts.

Most of the details shared about Parlay sound like a typical sports bar: meals named after sports legends, cocktails, TVs and sports memorabilia. However, Parlay will also include an LED ticker of scores that will run around the interior of the 3,000-square-foot space and an inlaid logo on the club's hardwood floors.

Young specifically states that he's going for the tonier set. To our ears, it sounds like a World of Beer putting on airs. But Young has proven himself in the past, so we're willing to wait and see if this gamble pays off.