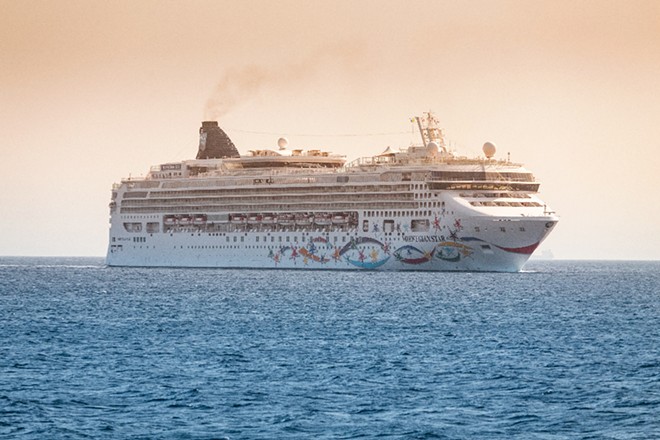 A federal judge Sunday sided with Norwegian Cruise Line Holdings in a constitutional challenge to Florida’s ban on so-called “vaccine passports,” clearing the way for the company to require passengers to show documentation that they have been vaccinated against COVID-19.

U.S. District Judge Kathleen Williams issued a 59-page ruling that granted a preliminary injunction against a law that was a priority of Gov. Ron DeSantis. The law blocked businesses from requiring vaccine passports, though Williams’ injunction applies only to Norwegian.

The cruise line issued a news release late Sunday that said the ruling will allow it to “operate in the safest way possible with 100% vaccination of all guests and crew when sailing from Florida ports.” After being sidelined in March 2020 because of the pandemic, Norwegian plans to return to cruising from Miami on Aug. 15.

“We are pleased that Judge Williams saw the facts, the law and the science as we did and granted the company’s motion for preliminary injunction allowing us to operate cruises from Florida with 100% vaccinated guests and crew,” Daniel S. Farkas, executive vice president and general counsel of Norwegian Cruise Line Holdings, said in a prepared statement.

Williams, who heard more than two hours of arguments Friday, backed Norwegian’s arguments that the state law violates the First Amendment and what is known as the dormant Commerce Clause of the U.S. Constitution.

The Miami-based Williams wrote that the law is a “content-based restriction” on speech, as it targets documentation but allows businesses to request other information from customers about issues such as vaccinations.

Also, she wrote that the law “does not prohibit businesses from subjecting unvaccinated customers —- and those who decline to verify their vaccination status and are deemed unvaccinated —- to restrictions, requirements, and expenses that do not apply to vaccinated patrons.”

“In sum, if combatting discrimination were the goal, merely banning the exchange of COVID-19 vaccination documentation is an ineffective way to accomplish this objective because the statute does not directly prohibit the treating of unvaccinated persons or those who decline to verify their vaccination status by businesses and employers differently,” she wrote.

In addressing the dormant Commerce Clause, Williams agreed that Norwegian can show the law “imposes substantial burdens on interstate commerce that will directly affect their abilities to operate” cruise ships.

“Amid myriad, rapidly changing requirements regarding quarantining and testing, there is one constant that facilitates cruise line customers’ access to advertised ports of call: Documentary proof of vaccination will expedite passengers’ entry into virtually every single country and port where plaintiffs intend to sail,” Williams, who was appointed to the bench by former President Barack Obama, wrote. “On the other hand, without documentary proof of vaccination, protocols vary so markedly —- and change so frequently, especially as the delta variant becomes more widespread —- to make it not only impractical, but also financially, legally, and logistically onerous for cruise lines like NCLH (Norwegian Cruise Line Holdings) to comply.”

Norwegian filed the lawsuit July 13, saying the ban would prevent it from carrying out a plan to require passengers to be vaccinated as it returns to sailing. DeSantis in April issued an executive order banning vaccine passports, and the Legislature later placed the ban in state law.

The cruise industry shut down after high-profile outbreaks of COVID-19 early in the pandemic. DeSantis has pushed for months to resume cruise-ship operations, while more broadly trying to block restrictions such as businesses requiring vaccine passports and schools requiring students to wear masks.

The federal Centers for Disease Control and Prevention in October issued what is known as a “conditional sailing order” that included a phased approach to resuming cruising during the pandemic, with ship operators needing to meet a series of requirements.

The Miami-headquartered Norwegian said in court documents that it had agreed to meet CDC requirements to resume cruises. As part of that process, it told the CDC that at least 95 percent of passengers and 95 percent of crew members on cruises out of Miami would be fully vaccinated —- a promise that it says would be jeopardized by the vaccine passport ban.