Wing It On! announces new franchise to open in the Orlando area 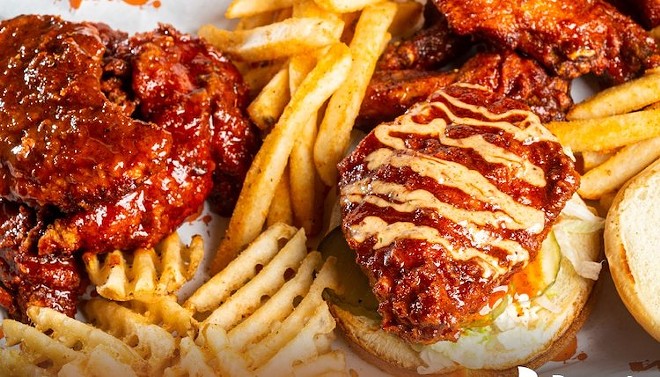 Orlando chicken-wing enthusiasts will have something to cluck out in the near future, as New England-based chain Wing It On! just announced an upcoming second planned location in Apopka.

The new Apopka franchise, with no location announced as of this writing, is part of the wing-slingers' aggressive expansion strategy, with a targeted goal of 25 or more outposts in the Central Florida area by the end of this year.

“The three of us can’t wait to kick off this journey with Wing It On! and grow alongside them,” said franchisee Anthony Cray, in a press statement. Cray is part of a triad of partners who will be running the resto alongside  Rebecca Cray and Betty Wilkins.

Wing It On! gained renown for their crispy wings and Nashville Hot offerings. The chain even successfully weathered the chicken-wing shortage earlier this year by offering up thigh wings as a substitute.