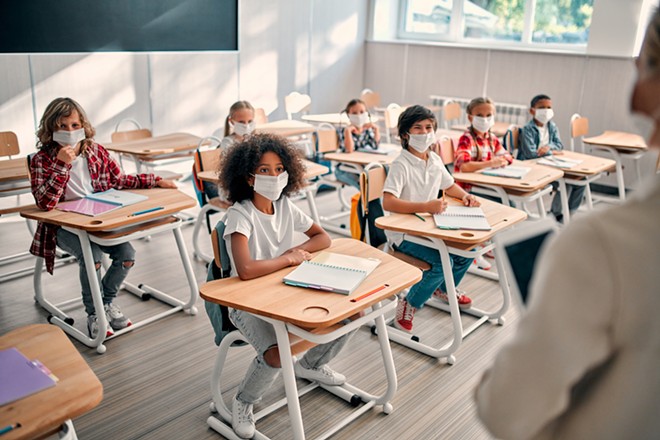 Because of a court order halting Gov. Ron DeSantis’ order to ban mask mandates, Florida is not currently among the subjects of an investigation by the U.S. Department of Education into states that have banned students from being required to wear masks in schools.

The federal agency on Monday announced its Office for Civil Rights will launch a probe into five states’ compliance with the Americans with Disabilities Act and other federal laws dealing with rights for disabled people.

The investigation is focused on Iowa, Oklahoma, South Carolina, Tennessee and Utah, federal education officials said in a press release Monday.
Parents of students with disabilities say that state bans on universal indoor masking are putting their children at risk. tweet this

The federal agency said it “has not opened investigations in Florida, Texas, Arkansas, or Arizona because those states’ bans on universal indoor masking are not currently being enforced as a result of court orders or other state actions.” The agency, however, said it will “closely monitor those states and is prepared to take action if state leaders prevent local schools or districts from implementing universal indoor masking or if the current court decisions were to be reversed.”

“The Department has heard from parents from across the country — particularly parents of students with disabilities and with underlying medical conditions — about how state bans on universal indoor masking are putting their children at risk and preventing them from accessing in-person learning equally,” Cardona said in a prepared statement Monday.