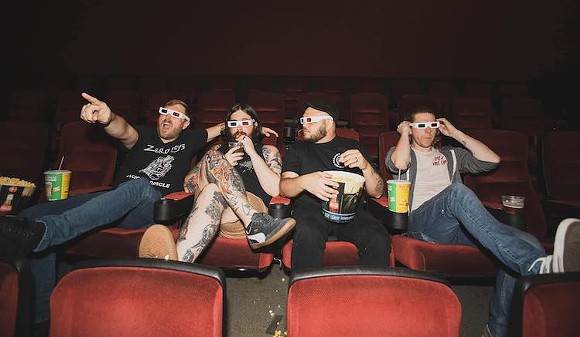 The lineup is a one-stop-shop for some of the best Floridian punk and alternative sounds, featuring hometown grungers Yeah, Sure and Daytona’s emo-rockers Virginity, along with some special guests west of I-4 — Rutterkin and Secret World.

Though living in dark times, this is an exciting period for Debt Neglector. Formed in 2016 and with a notable discography already under their belts, the band has a newly released single, “Dirty Water,” and an LP of the same name due out in November.

We previously covered the band's December 2020 digital EP, Bad Faith, from which all the proceeds were donated to Stacey Abrams' Fair Fight Action. The band continues to embrace the intersections of punk and politics with ferocious resolve on their newest.

Dirty Water is inspired by the Flint water crisis. The band recently told Punknews.org that “the situation that happened in Flint is kind of a microcosm of America. Politicians serving their own self-interests, trying to make (or save) a quick buck, and fucking over the constituents that they were elected to help and protect."

Released via Smartpunk Records, proceeds from the physical pre-orders of the Dirty Water LP will be split between the Flint Kids Fund and Sylvester Broome Empowerment Village.

Punk may be political, but wearing a mask shouldn’t be. Masks are required for entry to the venue, whether or not you are vaccinated.

Tickets for the Friday, Sept. 10, show at Will's are available now for $10 through Eventbrite.