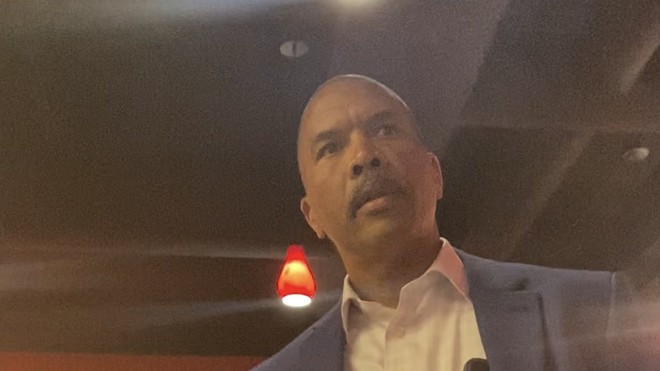 Orlando Fire Chief Benjamin Barksdale recently turned himself in to police on charges of misdemeanor assault in North Carolina. In a video obtained by Spectrum News 13, Barksdale can be seen fighting with a father and daughter inside the restaurant they own.

Barksdale allegedly shoved the woman, at which point her father, Hung Nguyen, got involved. Both of the Nguyens struggled to push Barksdale out of the door. They claim that Barksdale struck both of them in the process. A clip of the fight recorded on a cell phone shows the family struggling with Barksdale.


Barksdale reportedly ran to the 7-Eleven and attempted to fight family members again upon leaving the gas station, as they had followed him. While leaving the convenience store, he dropped a nametag with his name and occupation on it. A photo of that tag and a screenshot of the video were shared to Twitter by reporter Kevin P. Connolly.

Barksdale has been suspended from the Orlando Fire Department since the city became aware of the charges in August.