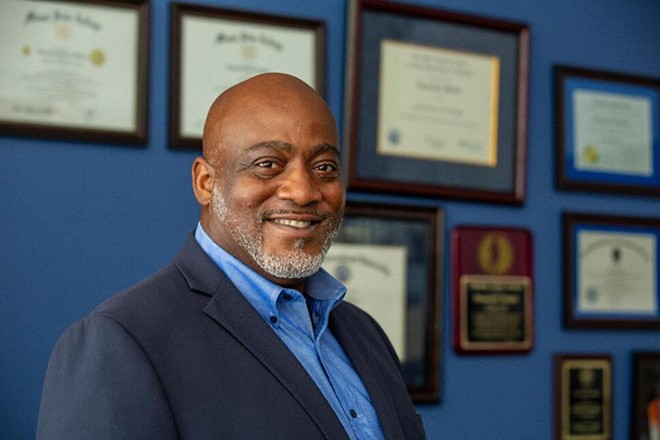 One of the leading lights in Florida's felon rights movement is among the recipients of the annual John D. and Catherine T. MacArthur Foundation grants for exceptional Americans. Desmond Meade of the Florida Rights Restoration Coalition was rewarded for his work pushing to restore all rights of citizenship to Florida's felons.

Commonly known as "genius grants," the fellowships offer money to creatives, advocates and others over five years to free them to pursue whatever they please. Meade, along with the other recipients, will receive $625,000 over the course of a half-decade.

The Orlando activist and executive director was behind the push to restore voting rights to Florida felons, an idea that was overwhelmingly supported by Florida voters at the ballot box before being hamstrung by the legislature. Meade himself failed to receive a pardon from the governor in recent years, something he was seeking so that he might practice law in the state.

In spite of this setback, Meade continues to push for full restoration of rights for Florida felons.  He told the Orlando Sentinel that he will use the grant to pay for his law school loans and fuel his ongoing mission.

“Even in my wildest dreams, I couldn’t imagine me winning this award,” he said. “What it says, more than anything else, is that if Desmond Meade — who was homeless and addicted to drugs and in and out of jail — could turn his life around and be awarded this prize ... then that person who is out there struggling and thinking there’s no light at the end of the tunnel, that person can not just be successful, but be successful in a way that benefits the community or even the world,” he said.

Meade was one of two Floridians to receive the prize, the other being Tallahassee choreographer Jawole Willa Jo Zollar.