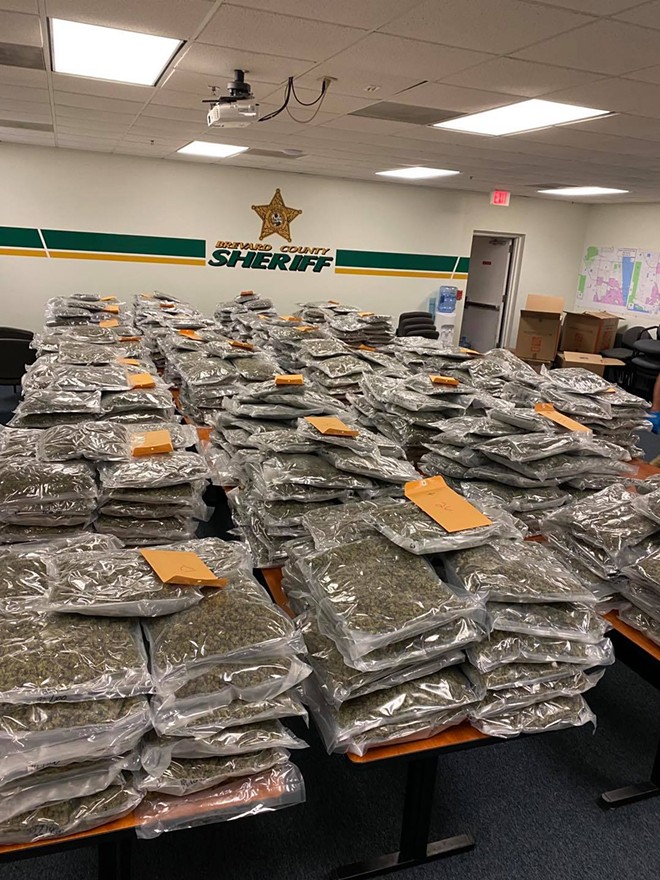 The Brevard County Sheriff's Office is hoping to reunite a citizen with their lost property. In this case, 770 pounds of marijuana.

Self-appointed yuckster and all-around tool Sheriff Wayne Ivey shared a photo of the seized weed, which was found in a storage unit in Viera. BCSO said they just want to get in touch with the weed's owner, scout's honor.

"All of us at one point or another in our lives have lost or misplaced something important and are always hopeful that a good and kind person will find our lost item and do the right thing by returning it to it’s (sic) rightful owner," he wrote on Facebook.

Ivey added that both the weed and the owner will be ushered into a "secure facility" to avoid anyone ripping them off.

"In fact, we are so excited to return something this valuable to its rightful owner that we are also going to throw in an all expenses paid extensive 'staycation' so that you can reflect for a while on exactly how much your lost property means to you," he said.

Given what we know about Wayne Ivey, it's likely that any snacks that were found along with the weed were permanently confiscated.