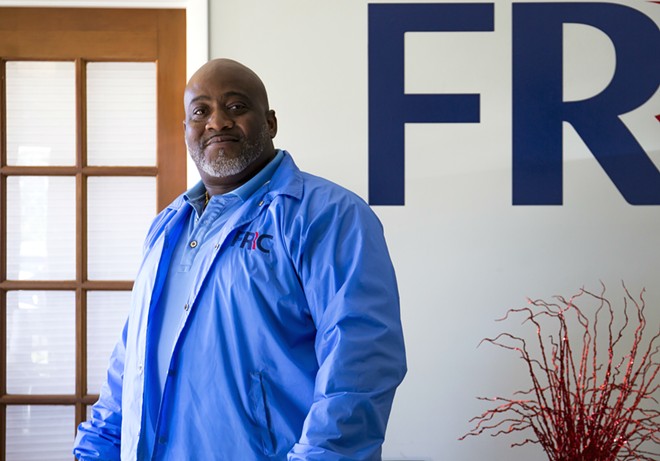 Desmond Meade, a former drug dealer who has garnered international accolades after leading the drive to pass a 2018 constitutional amendment to restore voting rights for felons, has had his civil rights restored by the Florida Board of Executive Clemency.

The move stemmed from changes made by the clemency board earlier this year. The restoration of civil rights for Meade, who recently was awarded a MacArthur Fellowship “genius” grant, means that the Orlando voting-rights advocate can register to vote, serve on juries and run for public office.

The action by the board came after Gov. Ron DeSantis twice rejected Meade’s requests for a full pardon. Meade, who received a law degree from Florida International University but was unable to practice law in Florida because of his decades-old felony convictions, called the restoration of his civil rights “another chapter in the journey, another example of perseverance” in a Twitter video posted over the weekend.

“It’s not a pardon, but it’s definitely a step,” said Meade, executive director of the Florida Rights Restoration Coalition. “I can apply to The Florida Bar now. I can get a house. I can run for office if I want to run for office.”

The Florida Board of Executive Clemency is made up of the governor, attorney general, agriculture commissioner and chief financial officer, and the governor’s approval is required for pardons and restoration of civil rights.

At DeSantis’ urging, the board in March approved a series of changes to the clemency process and made it easier for felons who have paid court-ordered fines, fees and restitution to have their civil rights restored without hearings before the board. The new clemency rules eliminated five- and seven-year waiting periods imposed by former Gov. Rick Scott, former Attorney General Pam Bondi and other clemency board members in 2011.