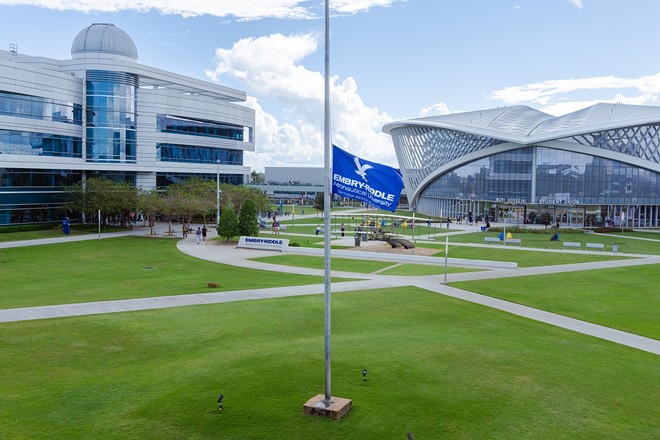 An Embry-Riddle Aeronautical University student was arrested early Thursday for allegedly plotting a shooting on the campus, the Daytona Beach Police Department said.

Police arrested 19-year-old John Hagins after receiving “a concerning tip” from other students. Investigators found social media messages written by Hagins in which he “laid out his plans to bring a folding gun to the campus tucked inside a backpack along with hundreds of rounds of ammunition,” according to the department.

Hagins was arrested at his apartment, and officers said he was in possession of a gun and ammunition. A news release from the department said police believe Hagins sold his vehicle to purchase the firearm and ammunition. The department said it had not pinned down an alleged motive but said Hagins was “in danger of failing classes” at the university and was cited for a traffic infraction on campus Wednesday.

“We could have had a tragedy unfold today. Instead, these students reported it to the school and that allowed us to get to work right away and bring Hagins into custody before he could carry out his plans. We thank them all for seeing something and saying something,” Young said in a statement.

Hagins faces charges of written threats to injure or kill, terrorism and attempted first-degree homicide, according to the department’s website.