We grill the rising young chef about Egyptian roots, learning to cook on the web and Andre Agassi. 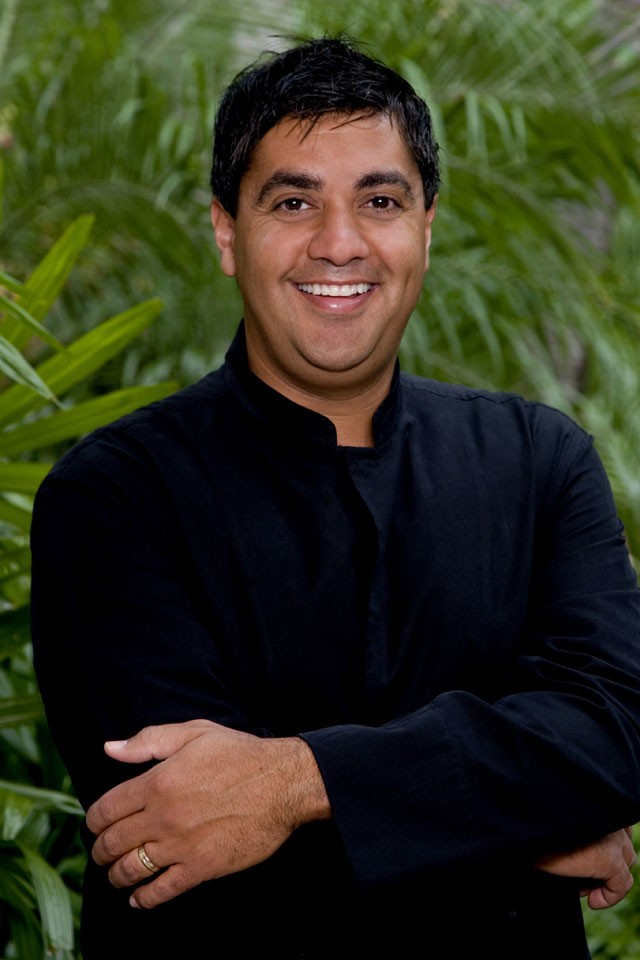 Michael Mina has received plenty of accolades: a 2002 James Beard Award for Best Chef, Bon Appétit's 2005 Chef of the Year, Esquire's 2011 Restaurant of the Year (his eponymous Michael Mina in San Francisco) – oh, and hard-to-achieve Michelin stars at his restaurants in SF and at the Bellagio in Las Vegas. I caught up with the renowned chef at the Walt Disney World Swan and Dolphin Food & Wine Classic and we chatted about his Egyptian roots, the importance of a "balanced" approach to cooking, and his take on tennis greats Andre Agassi and Roger Federer.

OW: What was your favorite dish growing up?
MM: I had two that I ate all the time: my mom's koshari, which is rice, lentils, chickpeas and a spicy tomato sauce, and her falafel.

OW: You left Egypt when you were 2 years old. Have you gone back?
MM: I was there about four years ago. I was doing a trip around the Middle East and spent four days there – two days in Cairo and two days in Sharm el Sheikh. MGM is one of my partners and I went over there with the head of MGM to give them some ideas for what kind of restaurants to open in their new ventures across the Middle East.

OW: Are you planning on opening a restaurant internationally?
MM: What we do is partner with hotels, so it depends on where we get our offers. Nothing is in the works, nothing's firm, but we do have plans on going into Asia and the Middle East in the future.
OW: And domestically?
MM: Right now we're remodeling and re-concepting SEABLUE [at the MGM Grand in Las Vegas] and opening an entirely new restaurant.

OW: You've opened many restaurants with Andre Agassi as a business partner. My question is: Who would win in a tennis match between Agassi in his prime and Roger Federer in his prime?
MM: I would say Andre Agassi, because of how he returns.
OW: I'm inclined to think that Federer in his prime would beat Agassi.
MM: Yeah? I think you gotta know Agassi. Mentally, he's really tough to beat. [laughs]
OW: Not surprisingly for someone in the Bay Area, you've started an online venture: Your new media company, Cook Taste Eat (cooktasteeat.com) offers a daily recipe email, menu planning tips and cooking videos. What do you hope people gain from it?
MM: More than anything else, I want them to learn how to taste. People ask me all sorts of questions about cooking, and I'll go over to their house and they're not even tasting what they're cooking – they don't know what they're tasting for. If I don't have limes, what can I substitute? Well, what is lime? Lime is acid. Food is all about balance; it's about acidity, sweetness, spice and fat, or the richness in the dish, and those things have to be in balance, and I think teaching people about that will help make them much better cooks at home.

OW: Who's the most underrated chef working in the business today?
MM: Mourad Lahlou, from Aziza in San Francisco.
OW: Celebrity chef you love to hate?
TE: [laughs] I'm not going to answer that! [laughs again]
OW: Okay, then what celebrity chef do you love?
TE: [points at English, standing nearby] I love Todd English! [more laughter]