10 summer blockbusters that'll be worth spending an afternoon inside 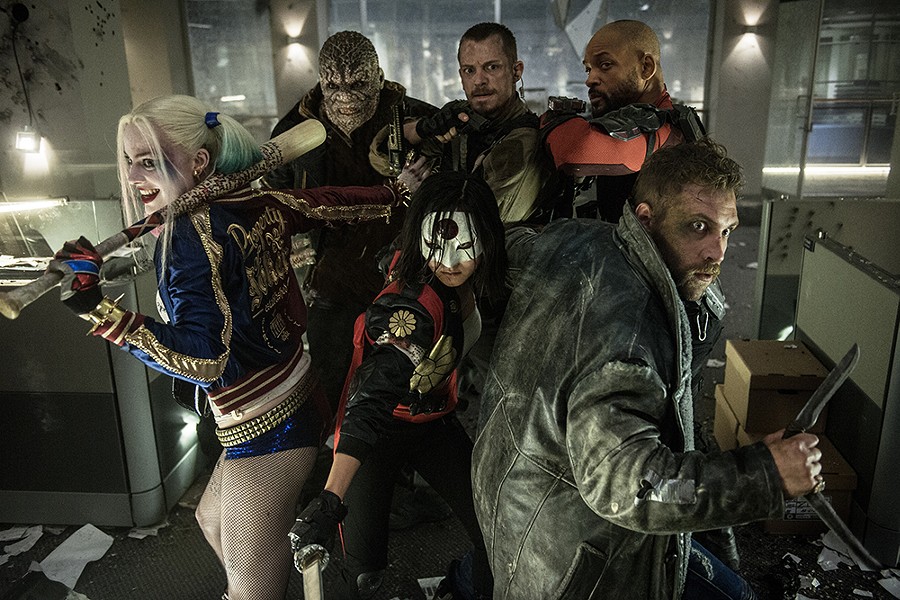 Before there was Netflix and chill, there was "spill and fill" – the movie industry's term for packing a theater with bodies, then moving them on out a few hours later to cram in as many plays per day as possible. And no matter how much lip service binge-streaming may get, the multiplex experience is still king: Unless you're some kind of fitness nut, it's where you're going to spend the majority of your summer. Especially if you have access to one of those cushy new luxury jobs where the seats are a quarter-mile apart and give you a massage with a swipe of your debit card. Fill, chill and spill, anyone?

Teenage Mutant Ninja Turtles: out of the shadows Fred Armisen provides the voice of the villain in this latest TMNT outing. But about that title: Does somebody have something they want to confess here? Just which bathroom do these turtles use, anyway? (opens June 3)

Those pesky space bugs are back to bedevil a whole new generation of patriotic Amurricans. But beware, aliens: Sela Ward succeeding Bill Pullman as president means we've got a lot more cojones to work with this time! (opens June 24)

A lady Senator and presidential front-runner tries to stop institutionalized violence, only to find herself caught up in it. Hollywood, where DO you get your ideas? (opens July 1)

Zac Efron and Adam DeVine attempt to clean up their act by bringing respectable girls to a family wedding, but instead get saddled with party hounds Aubrey Plaza and Anna Kendrick. "Stupid dudes just can't handle it," chortles the entire row of paralegals behind you through margarita breath. (opens July 8)

The knives are out for the third of the Trek reboots, the trailer to which engendered only slightly more public enthusiasm than the Zika virus. Co-writer Simon Pegg has admitted that the studio's aim was to avoid making something that was "too Star Trek-y." Sounds like a plan! (opens July 22)

The big-screen iteration of the cult Britcom finds Patsy and Edina hanging out on the French Riviera as they recover from a major social faux pas. I have friends who are anticipating this flick like it's the Powerball, but I don't know what can really pass for decadence now that Guns N Roses is back together. (opens July 22)

After the negative response to Batman v Superman, Warner Brothers ordered reshoots to lighten up this next foray into the DC Cinematic Universe. By the time it hits theaters, it'll probably be titled The Gang That Contemplated Suicide but Would Never Go Through With It. (opens Aug. 5)

When I tell you there's an animated film coming in which a variety of commercial foodstuffs learn of their ultimate destiny beyond the supermarket, you'll probably assume it's some sort of vegan polemic. But Seth Rogen voices the lead sausage, and who doesn't want to see that guy fry? (opens Aug. 12)

Taylor Lautner of the Twilight series was once attached to play the title role in this science fiction origin story based on the Mattel action figure, but he dropped out to play Hasbro's Stretch Armstrong instead. And now that I've typed that sentence, life as we know it can end. (opens Aug. 26)