1. Go to a reading at the Kerouac House (kerouacproject.org) and see the unassuming College Park room where Dharma Bums was written. 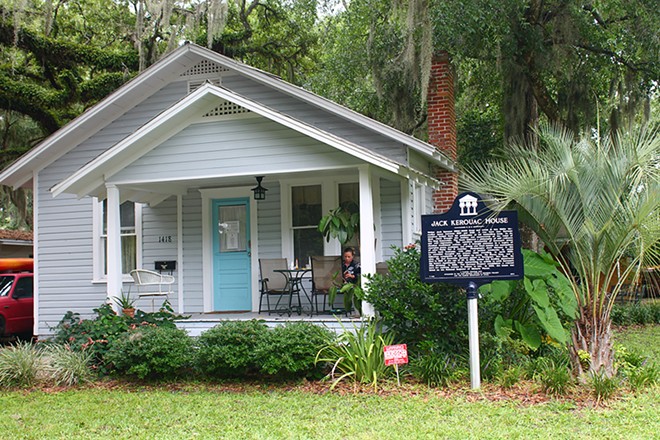 2. Drink a Duff beer (or a Flaming Moe) and eat a Krusty burger at the Simpsons Springfield at Universal Orlando's Islands of Adventure (6000 Universal Blvd., universalorlando.com). 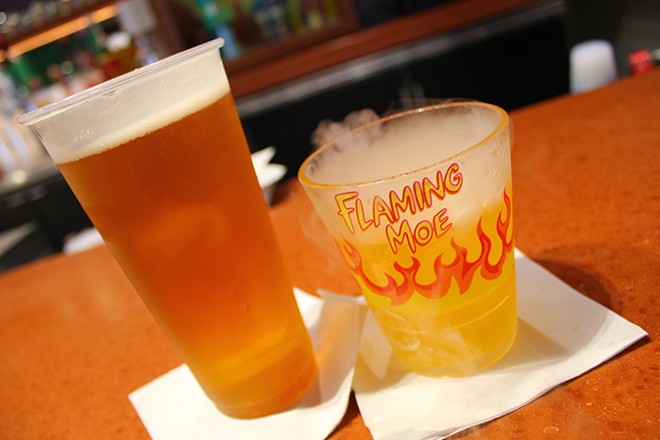 4. RSVP on the website and join one of Greenwood Cemetery's Moonlight Walking Tours, where you'll see the final resting places of people with last names like Bumby, Carr and Tinker (1603 Greenwood St., 407-246-2616; greenwood-cemetery.net).

5. Discover the impossibly scenic oasis that is Orlando Wetlands Park (25155 Wheeler Road, Christmas, orlandowetlands.org), a breathtaking wildlife preserve and one of Central Florida's most picturesque parks.

6. See a show at the Dr. Phillips Center for the Performing Arts (445 S. Magnolia Ave., drphillipscenter.org), downtown Orlando's new centerpiece. The venue itself is impressive – all modern, sleek interiors and pleasing acoustics – but really it's the excellent programming that's making the splash.

7. Stop traffic on a bike with Orlando Critical Mass (facebook.com/orlandocriticalmass), because your fixie is better than their Audi, any day.

8. Visit Holy Land Experience (4655 Vineland Road) on its annual free day. Every year the Biblically themed amusement park run by Trinity Broadcasting Network opens its doors to the public for free in exchange for property-tax exemptions. The annual event is chaotic and crowded, but the experience is ... well, it's something. Check the park's website (holylandexperience.com) for the announcement of its admission-free date.

9. Conquer your impatience and enjoy a Lineage pour-over, hand-crafted from beans painstakingly sourced, micro-roasted and ground by one of the guys brewing your cup (Lineage at East End Market, 3201 Corrine Drive, lineageroasting.com).

10. Decide for yourself if the Legend of Spook Hill (in Lake Wales; find directions at spookhill.info) is true.

13. Take a kayak tour of a bioluminescent lagoon at the Merritt Island National Wildlife Refuge near Titusville. A guide from A Day Away Kayak Tours (adayawaykayaktours.com) will help make sure you don't lose your way in the dark.

14. Find out what it feels like to squish grapes between your toes at Lakeridge Winery and Vineyard's annual harvest grape stomp, which takes place in August (19239 U.S. 27 North, Clermont; lakeridgewinery.com).

15. Throw away your umbrella and get soaked on purpose during the inevitable summer-afternoon downpour.

16. Take the Winter Park Scenic Boat Tour (312 E. Morse Blvd., Winter Park; scenicboattours.com), which takes you through an amazing series of lush, narrow canals that connect the Winter Park Chain of Lakes. If you've ever wondered whether this tour was worth checking out, the answer is yes – do it.

18. Get acquainted with Orlando's British expat and tourist communities, which are surprisingly active in this part of the state. The best way to do this is to head to one of the area's British pubs. Try the Orlando George and Dragon (6314 International Drive; orlandogeorgeanddragon.com), Murphy's Arms (6582 International Drive; murphysarmspub.com) or the Fox and Hounds (3514 W. Vine St., Kissimmee; facebook.com/foxandhoundskiss). 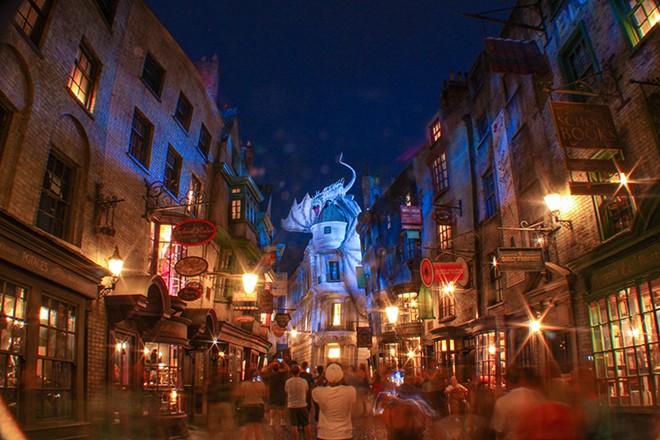 20. Get permission to paint the Pho Hoa wall (649 N. Primrose Drive; phohoaorlandofl.com), a community canvas that blends graffiti artists of all experience levels to form a colorful local conversation piece.