100 Things You Must Do in Orlando 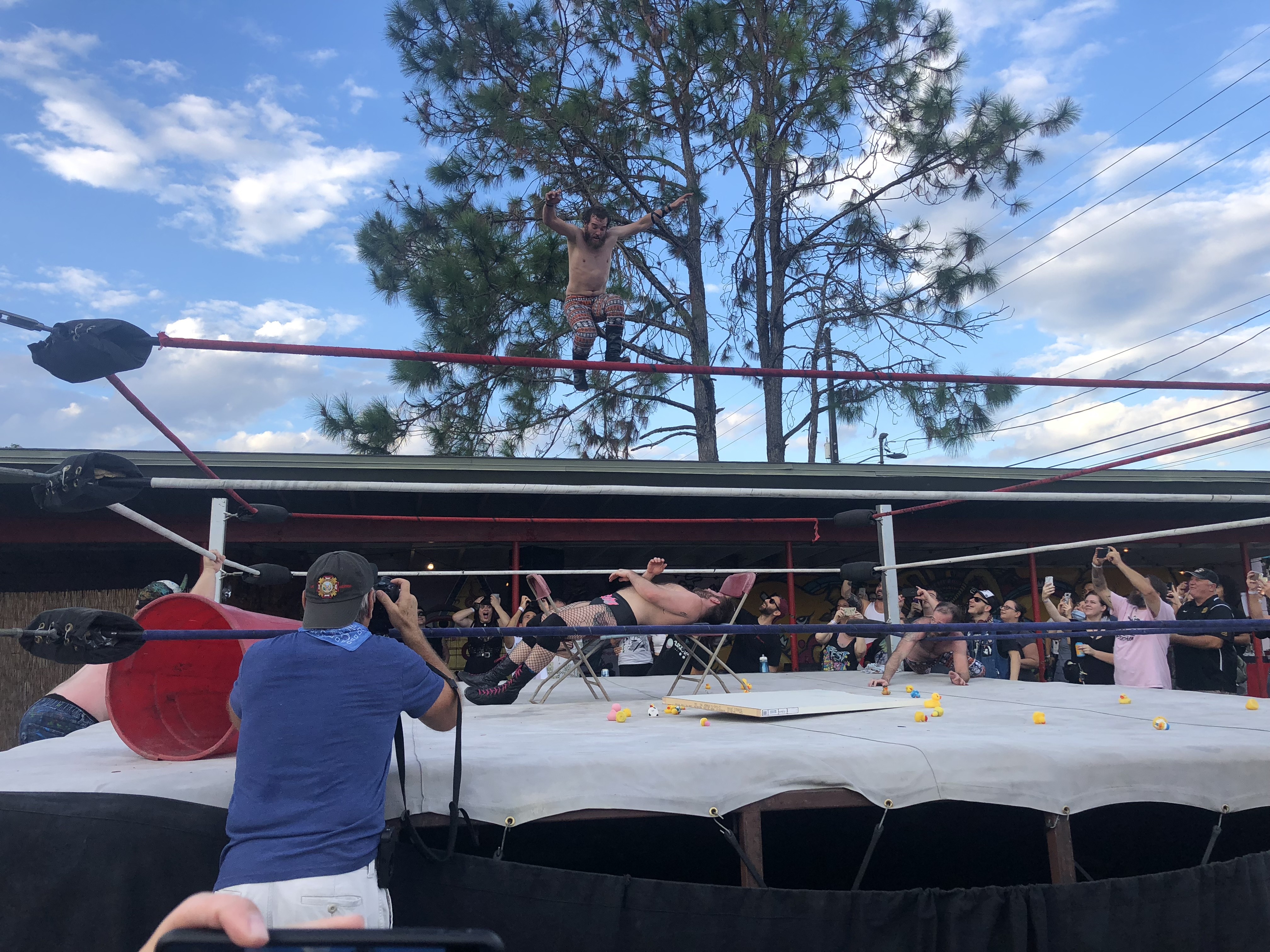 41. Take the Lake Apopka Wildlife Drive, a two-hour self-guided tour that will lead you through 11 miles of nature preserve where you will definitely see at least a majority of the area's 362 species of birds here as well as alligators, bobcats, otters, and other wildlife. (sjrwmd.com)

43. Go to a Grapefruit League game – of the Major League Baseball teams that come to Florida for spring training, the Atlanta Braves, Detroit Tigers and New York Yankees all stay relatively near Orlando. See game schedules at floridagrapefruitleague.com.

44. Experiment with the high-tech tools at the Dorothy Lumley Melrose Center (101 E. Central Blvd., ocls.info). Record a podcast, set up a photo shoot, make your own movie – whatever you do, don't neglect this resource.

45. For true Orlando bragging rights, manage to snap a pic of Carrot Top on his Vespa in Winter Park traffic.

46. Pet a tarantula at Jungle Adventures – and a scorpion, and a baby gator, and a big slithery snake (26205 E. Colonial Drive, Christmas, jungleadventures.com).

47. Attend a show by our city's scrappiest and punkest indie wrestling federation, Mayhem on Mills, boasting the best and strangest of our area wrestling scene. Absurdity and athleticism and alcohol have never been so perfectly balanced.

48. See a Broadway musical at the Dr. Phillips Center for the Performing Arts (445 S. Magnolia Ave., drphillipscenter.org). The venue itself is impressive – all modern, sleek interiors and pleasing acoustics – but it's the excellent programming that really makes a splash.

49. Follow the city's Significant Trees Map (cityoforlando.net), a loop that travels through various parks as grand as Loch Haven Park and as humble as Big Tree Park, and give your favorite a hug.

50. Enjoy Walt Disney World in the altered state of your choice.

51. Drink a Duff and eat a giant Lard Lad doughnut at the Simpsons' Springfield at Universal Studios (6000 Universal Blvd., universalorlando.com).

52. Pub crawl as a zombie during Audubon Park's Zombietoberfest (audubonparkgardens.com), but drink beers, not brains.

53. Learn about cricket and rugby from the British expat community, which is strangely significant in this part of the state. The best way to do this is to head to one of the area's British pubs: Try the Bull & Bush (2408 E Robinson St.), Murphy's Arms (6582 International Drive) or St. Andrew's Tavern (1119 State Road 436, Altamonte Springs).

54. Go to at least one show at the Orlando International Fringe Theatre Festival. It's the longest-running fringe festival in the United States (orlandofringe.org). Don't forget to drink a beer or catch a live band on the Fringe Lawn.

55. Explore the expansive collection of the works of Louis Comfort Tiffany at the Charles Hosmer Morse Museum of American Art (445 N. Park Ave., Winter Park, morsemuseum.org). Be blown away by the completely gorgeous chapel interior that's been reconstructed inside the museum. Even better, it's free to get in on Friday afternoons (4-8 p.m.) November through April.

56. Take the Winter Park Scenic Boat Tour (312 E. Morse Blvd., Winter Park, scenicboattours.com), which takes you through an amazing series of lush, narrow canals that connect the Winter Park Chain of Lakes. If you've ever wondered whether this tour was worth checking out, the answer is yes – do it.

57. Gawk at the show dogs strutting their stuff at the AKC Eukanuba National Championship, which takes place at the Orange County Convention Center every December (akc.org/nationalchampionship).