100 things you must do in Orlando 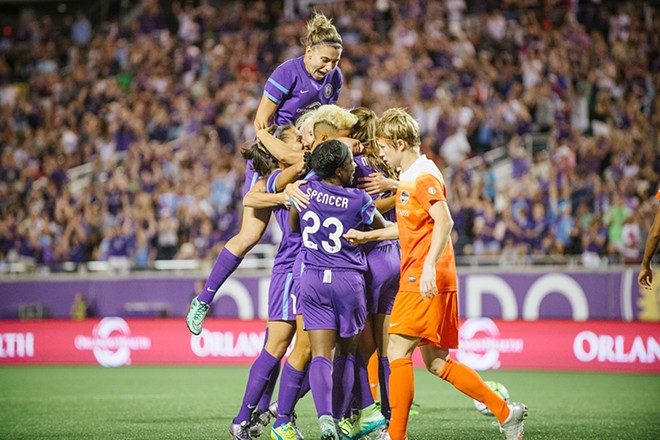 40. Laugh until your beer comes out of your nose at some of the best comedians in the country at the annual Orlando Indie Comedy Fest (2018 dates TBA, orlandoindiecomedy.com).

41. Mark out (that's industry slang for freak out) with the roaring crowd at a taping of a WWE NXT professional wrestling match at Full Sail Live (wwe.com/events).

42. Ride one of Orlando's bright orange Juice bicycles, available for rent in various places around the city (orlando bikeshare.com).

43. Go to a Grapefruit League game – of the Major League Baseball teams that come to Florida for spring training, the Atlanta Braves, Detroit Tigers and New York Yankees all stay relatively near Orlando. See game schedules at floridagrapefruitleague.com.

45. Get married at the Acre (4421 Edgewater Drive, theacreorlando.com), one of the coolest wedding venues in Orlando – or just wait for someone to invite you to their wedding there.

46. See a Broadway musical at the Dr. Phillips Center for the Performing Arts (445 S. Magnolia Ave., drphillips center.org) The venue itself is impressive – all modern, sleek interiors and pleasing acoustics – but it's the excellent programming that really makes a splash.

47. Follow the city's Significant Trees Map (cityoforlando.net), a loop that travels through various parks as grand as Loch Haven Park and as humble as Big Tree Park, and give your favorite a hug.

48. Drink a Duff and eat a giant Lard Lad doughnut at the Simpsons' Springfield at Universal Studios (6000 Universal Blvd., universalorlando.com).

49. Learn about cricket and rugby from the British expat community, which is strangely significant in this part of the state. The best way to do this is to head to one of the area's British pubs. Try the Orlando George and Dragon (6314 International Drive), Murphy's Arms (6582 International Drive) or the Fox and Hounds (3514 W. Vine St., Kissimmee).