13 authoritarian jokes on America: Whose autocracy is it anyway? 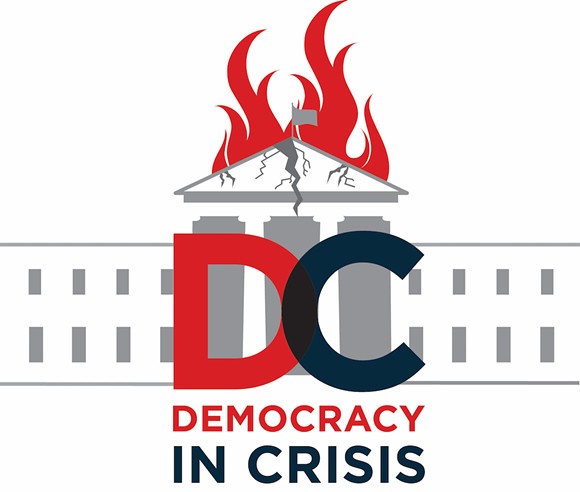 FBI Director James Comey was speaking to federal agents when news of his firing flashed across the television behind him.

The regime blamed new Deputy Attorney General Rod Rosenstein and cited Comey’s treatment of the Clinton email investigation — as if daring us to pretend they are telling the truth.

More than 200 people arrested en masse on Inauguration Day are now facing decades in jail. Authorities issued search warrants and slapped others, like Dylan Petrohilos, with conspiracy charges after the fact. “Prosecuting people based on participation in a public protest,” Petrohilos said, “seems like something that would happen in an authoritarian society,”

Attorney General Jeff Sessions recused himself from anything having to do with the investigation into Russian collusion with the Trump campaign after he was caught lying to the Senate about his meetings with Sergei Kislyak, a Russian ambassador widely considered to be a spy. But Sessions still wrote a letter recommending Comey’s canning. He is also involved in hiring the new FBI director, who will be expected to lead the investigation of the Trump campaign.

Trey Gowdy, the South Carolina congressman best known for heading up the endless Benghazi hearings, has been floated as a candidate for FBI chief.

If you can’t get Rudy Giuliani or Joe Arpaio, Gowdy is perfect. Not only did he direct the 11-hour grilling of the ever-hated Hillary, but when the House Intelligence Committee questioned Comey in March, Gowdy demonstrated no interest in finding out how Russia had influenced the election. He was, however, quite interested in prosecuting journalists who publish leaked materials.

The rest of the Republicans, meanwhile, have been busy stripping healthcare from people with pre-existing conditions.

When Dan Heyman, a reporter in West Virginia, repeatedly asked Health and Human Services Secretary Tom Price if domestic violence would count as a pre-existing condition, he was arrested. He faces up to six months in jail for disrupting the work of government. Price commended the police on the arrest.

Desiree Fairooz, an activist with Code Pink, was found guilty of disorderly and disruptive conduct and parading or demonstrating on Capitol grounds — for laughing when Senator Richard Shelby, a Republican from Alabama, said that Sessions’ record of “treating all Americans equally under the law is clear and well-documented.”

Sessions sent a memo ordering federal prosecutors to seek the stiffest possible penalties in all of their cases, reversing an Obama-era policy that steered away from “enhanced” penalties and mandatory minimums for minor or nonviolent drug crimes.

Former acting Attorney General Sally Yates was fired when she refused to enforce Trump’s Muslim ban. She was supposed to testify to the House Intelligence Committee about Russia back before its chair, Devin Nunes, flipped out and jumped from an Uber at midnight for a mysterious White House meeting. Finally, Sen. Lindsey Graham, no fan of Trump or Russia, called her to testify before the Senate, where she said that she had warned the Trump team that then-National Security Advisor Mike Flynn had been compromised by Russia 18 days before he was fired. During that time, Flynn sat in on a call with Putin.

Back in July, a week before Trump asked the Russians to hack Hillary Clinton’s emails, he gave out Lindsey Graham’s phone number and told his supporters to call the senator.

Graham recorded a video called “How to Destroy Your Cell Phone With Sen. Lindsey Graham,” where he chops, stabs, sets fire to, blends, toasts, bats and drops bricks on his phone.

But now it seems like the punchline is the fact Graham was using a Samsung flip phone — maybe digital illiteracy saved him from being hacked.


While dismissing concerns about Russia, Trump created a “Presidential Advisory Commission on Election Integrity” to investigate virtually nonexistent voter fraud, putting the presidential seal on his false claims that illegal voters cost him the popular vote. Again, he dares us to believe him.

Shortly after Comey’s firing, the initial story of Rosenstein’s concern over the treatment of Clinton started to fall apart and it soon became clear Trump himself had initiated the action. But Trump’s story about the decision continues to change. Now Comey is a “showboat,” says the preening reality star. When you lie constantly, it is no longer a problem to be caught in a lie. “Maybe the best thing to do would be to cancel all future ‘press briefings’ and hand out written responses for the sake of accuracy???” Trump tweeted when the press asked about the contradictory stories.

The day after Comey got canned, Trump met with Sergey Kislyak, the same ambassador both Flynn and Sessions lied about meeting with.

The U.S. press was kept out of the meeting, but Russian state media covered it and sent out pictures of Trump and Kislyak shaking hands with the big, arrogant smiles of men who are celebrating something.

When a reporter asked about the firing of Comey, Lavrov laughed.

“Was he fired? You’re kidding,” Lavrov said sarcastically as Tillerson stood by. Then the two men left the room without answering any further questions.

Later a reporter asked Putin about Comey. He was wearing a hockey uniform in a tunnel that created an icon-like halo around his head on the television screen.

Putin, too, said the question was funny.

The team was made up of world-class athletes. Putin scored many, many points.

Later the administration claimed Russia tricked them into the state-media photo op. Donald Trump recently said he was a “nationalist and a globalist.” Since contradiction doesn’t seem to bother him, perhaps he is also a weak strongman.