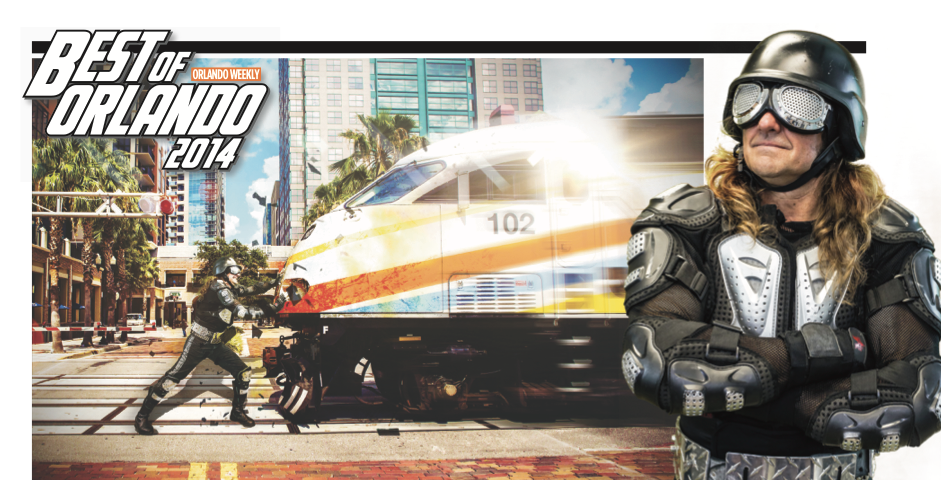 Maybe you’ve seen him on the street in downtown Orlando, distributing food and supplies to the homeless or patrolling in his big white van, keeping an eye out for people who are up to no good. Or perhaps you’ve only heard about him, or read about him in Rolling Stone a few years back. He’s larger than life – a superhero Orlando can call its own. Master Legend, who grew up in New Orleans, says he started on the path to superhero in second grade, when he learned to fight off bullies.

“I was a badly abused and starved kid,” he says. “Most of the kids did not like me, and I only fit in with fellow abused kids that got it at school and at home.” One day, he says, he came across some comics in a trashcan, and though he says he couldn’t read all the words, he realized that becoming a superhero was his calling. “I made myself a mask and a shirt with an emblem on it, and the superhero was born,” he says. “I finally felt alive. I felt like I had a purpose, and it was to help others.”

And that’s exactly what Master Legend does. He was commended in 2004 by the Orange County Sheriff’s Office for assisting people in need during the aftermath of Hurricane Charley, and today he spends a lot of his time (when he’s not working at his mild-mannered day job) giving away food, toiletries and other necessities to homeless individuals and “tearing down the walls of greed.”