As he opens a new restaurant in Mount Dora, Norman Van Aken says the city is "like an early version of Napa Valley"

When Norman Van Aken talks, people listen. The Illinois-bred and Florida-honed chef's influence on modern-day cookery is undeniable, but the celebrated "founding father of New World Cuisine" isn't done yet. Van Aken plans to open a new restaurant in Mount Dora in early 2016, an announcement that came as a surprise to many.

The name of the restaurant, says Van Aken, will be 1921 – named for the year emblazoned on the building's facade. He discusses his vision for 1921 in this interview, along with myriad other topics – the genesis of this latest venture, food trends, rock & roll and leaving a legacy – and does so in a naturally eloquent fashion. If Van Aken isn't gastronomy's poet laureate, then he's certainly one of its most soulful voices.

Orlando Weekly: When word came that you were opening a restaurant in Mount Dora, people were a bit surprised. Why Mount Dora?

Norman Van Aken: For a number of reasons. It began when I was invited to do an appearance for a charitable organization there about two years ago. I was shown the town by a person I admire who loves Mount Dora and I felt quite a good "glow" in being there right from that day. But that was over a year before I was invited back to take a look at it from the standpoint of opening a restaurant there. When I was at the Modernism Museum and got a sense of the depth of artistry, another bell went off. Plus, I really liked the people who showed my wife Janet and me the museum and the town. We had dinners in their homes and talked on every occasion about the future of Mount Dora and raising the awareness of its cultural richness. I began to see it like an early version of Napa Valley, or perhaps Woodstock, New York, in some ways.

Another aspect is that I want my work to embrace all of Florida's culinary powers. I began with Key West, but then the Ritz-Carlton brought me to Central Florida. As we are writing our sixth cookbook – and this one is on all of Florida – the door at Mount Dora opened and we walked through it.

What's your vision for the restaurant, and how will you differentiate it from Norman's Orlando?

NVA: Great question, and I'm glad you ask. I think of my work much like a musician or a filmmaker. Each restaurant is like an album or a film to me. But, unlike albums or films, the preceding restaurant is ongoing and remains malleable. The efforts in Mount Dora could have a ripple effect. Our restaurant will find, and champion, local farms, artisanal foods, seasonality, and the flavors of Florida at large.

Norman's Orlando was the direct descendant of Norman's Miami. As such, our Latin-Caribbean DNA is very much celebrated at Norman's Orlando. I became a chef because I love to grow and explore. With Mount Dora, I'll move more and more into a Floridian phase in the modern sense of the word. Like the Modernism Museum, and my understanding of the artists' works showcased there, we will seek to represent, through our food and setting, the beauty of Central Florida. 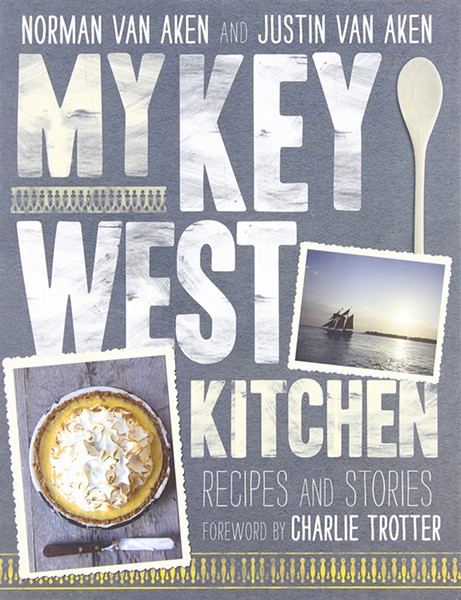 You selected [former executive chef of Norman's Orlando] Camilo Velasco as chef de cuisine. Why him, and how did his selection come about?

NVA: Camilo was my very first choice for the chef position at Mount Dora. After working with us in Orlando, he also came to work with me in Miami. He has the passion and work ethic I find so rare in the world today. He is a "student of the art" too. Unlike so many young chefs, he knows the lineage of the great chefs of the 20th century. He also knows and pays attention to the chefs on the rise from all over the globe. We are in a world where this is more possible than ever. He is not confined by social media outlets, but reads voraciously and finds inspiration from the vast net he has cast. It includes all of nature.

With your cooking school at the [soon-to-open] Vagabond Hotel in Miami and your busy travel schedule, how much will you be involved in the new venture, and how often can guests expect to see you in the kitchen?

NVA: My schedule is much less burdensome than many chefs I know very well! Let's just say, more than ever.

You write in your memoir, No Experience Necessary, about constantly picking up and reading cookbooks. Which one made the greatest impact on you, and which one would you recommend every up-and-coming chef read?

NVA: What is the saying? "The first cut is the deepest"? The first book I bought on cooking was James Beard's Theory and Practice of Good Cooking. Like so many of Mr. Beard's books, it stands up to the test of time. I would recommend it, as well as the works of Charlie Trotter and Jacques Pepin.

Rock & roll seems to be inextricably woven into your life. I saw a photo on Instagram of you, Dean Fearing and Robert Del Grande jamming on stage in Dallas. So who would the first inductees into the Norman Van Aken Rock & Roll Hall of Fame be?

NVA: "Rock & roll," to me, is a term that connotes a time I mark as being "Before the Beatles." The Beatles learned rock & roll and the world shifted increasingly into more cerebral territory. (Bob Dylan being also key, of course.) So my Rock & Roll Hall of Fame rocks back to a vital past. I would choose more, but if five is the set, let's say, as of now, Elvis Presley, Chuck Berry, Jerry Lee Lewis, Little Richard and maybe, just to mess with everyone a bit, but also to point out the roots of rock & roll, Sister Rosetta Tharpe.

Also, if I were to pick a rocker as my favorite rock & roll artist, it would be Elvis during the pre-Colonel Parker period.

If you were to liken yourself to a musician, who would it be? What about your buddy Emeril Lagasse? Who was Charlie [Trotter] most like?

NVA: I would not liken myself to a rock star. I am more of a writer-loving person. I'd rather be likened to [quotes poet Masaoka Shiki] "one who loved poetry and persimmons." Emeril? Probably Billy Joel. Charlie? Dylan.

At this stage in your career, are you thinking about the sort of legacy you want to leave?

NVA: I want people to know how to cook to feed themselves and their families more than anything in terms of "legacy work." I want to be a part of helping teach this. I want to have this overflow to feeding our children and grandchildren deeply flavorful, healthy, sustainable food. I want to share this with my family for many years to come. And I want us to turn away from violence to man, and planet harm, and to take care of the children throughout the world.

NVA: Nothing compares to being nearly electrocuted by the Ferris wheel when I worked in the carnival! [Note: The moment is recounted on page 22 of No Experience Necessary.]

NVA: The abysmal lunch program in our public schools.

What question are you most tired of getting?

NVA: The way I look at it is it's better to be asked a question, even an annoying one. That way you have a chance to steer the dialogue in a direction to enlighten it.