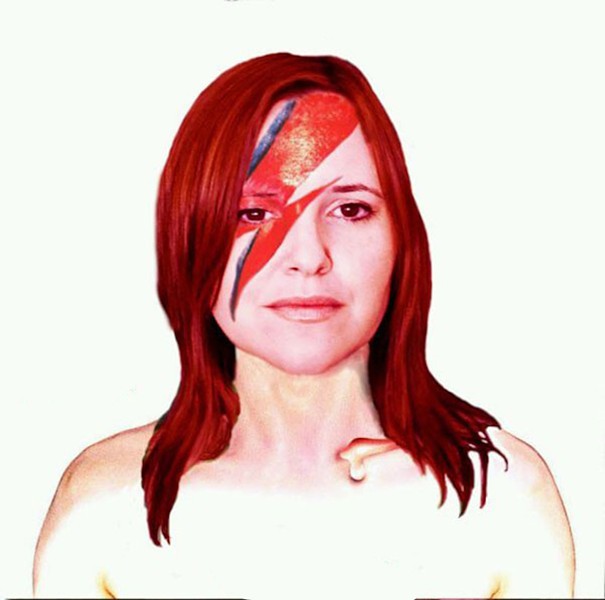 As with most secular American holidays, I tend to focus on the trappings of Thanksgiving – finding the turkey's sweet spot between raw and incinerated, figuring out how to score Black Friday savings without being crushed to death in a shopping stampede – at the expense of the day's original meaning. But this year was a little bit different at my house, because we broke bread (and bird) last Thursday atop the very dining room table that Katie Ball sold to me for a song when she left Orlando on her cross-country expedition. During her 18 years living here, Ball was an outspoken advocate for our arts community, the founding programming director for Thornton Park's much-missed Urban ReThink, a public radio producer for "The Arts Connection" and StoryCorps, and a passionate promoter of Central Florida's live music scene.

It's been over half a decade since Ball packed her PT Cruiser and hit the road like her hero, Charles Kuralt, but that didn't make it hurt any less when word of her far-too-soon passing came on Thanksgiving Eve. (For the record: FUCK CANCER.) So we raised a toast to Ball while gathered around her still-sturdy furniture, and headed to Will's Pub the following night for a rare reunion concert by Umoja, an influential late-'90s Afropop band that Katie loved. When frontman Eugene Snowden tearfully dedicated his first song to Ball, reminding the audience to cherish what we love while we can, I knew I had to put aside the snark and cynicism – for one week, at least – and instead devote this column to acknowledging a couple of things that I'm grateful for in Orlando's arts community, before they, too, slip past.

On any given weekend, you can find half a dozen or more published plays being performed around Orlando. But every single one of those productions began with a writer putting pen to paper, and most of those authors aren't from around here. That's why it's important for me to pay tribute to Playwrights' Round Table for providing local playwrights a platform to develop their craft. PRT is marking its 20th anniversary this year, and they kicked off the celebration earlier this month with "Native Voices 2017," a greatest hits anthology of comic shorts from the past two decades.

I still clearly remember seeing PRT perform Silly Mary Chop Chop (written by PRT's late president, John Goring, for whom the company's memorial play series is named) and Stephen J. Miller's The 7-Second Itch at Theatre Downtown. Since the program told me that they premiered 15 and 11 years ago, respectively, seeing them again was like attending a class reunion; thankfully, these scripts have aged more gracefully than I have. And although in recent years I've been remiss in keeping up with PRT's performances, Katie Thayer's Finding Love in Ten Minutes or Less and Doctors & Lawyers (1st Edition Rules) by David Strauss (whose 2017 Fringe staging of The Man From Earth is featured on the film's new Bluray) were both a delight to discover.

Next, PRT holds readings on Dec. 13-15 to decide which of three full-length scripts will be featured in April's Premiere Series 2018, followed by Launch 2018 with eight new shorts running Jan. 19-28. If you want to support local storytellers as they weave new tales, PRT is a perfect place to start.

I don't often review college theater productions, partially because of time and space constraints, but also because I don't want to unfairly critique students who are still studying their craft. Once in a while I'll make an exception, and though I was unable to publish a review of Red Black and Ignorant during its one-weekend run, I want to acknowledge the theater department of Valencia College's East Campus for supporting such an uncompromising, unconventional offering.

Director Jeremy Seghers, an independent producer who has made it his mission to present site-specific interpretations of challenging plays, brought that ethos to Valencia by staging Edward Bond's poetic post-apocalyptic piece outdoors, instead of in a conventional venue. Seated on a semicircle of stone benches, surrounded by trees, the viewers were witnesses to a surreal sacrificial ritual illuminated only by actor-held flashlights, as the disfigured Monster (Daniel Cooksley) emerged from a mound of trash to recount the fiery death of our world.

Back in 2005, Orlando Weekly named Cooksley the Best Young Actor in town; a dozen years later, he's a seasoned professional, leading a troupe of performers half his age with one of his most physically and emotionally demanding roles I've seen him in to date (and I co-directed him in Bent, another actor's nightmare). His intensely invested acting elevated Bond's overwrought words, providing a welcome anchor among the heavy-handed metaphors. Acting alongside Cooksley must have been the best education his co-stars could hope for, so I applaud Valencia for bringing area talents like him and Seghers on campus.