A grin behind the shiver

Works by Camilo Velasquez and Doug Rhodehamel at Maitland Art Center are somber, yet inspire change 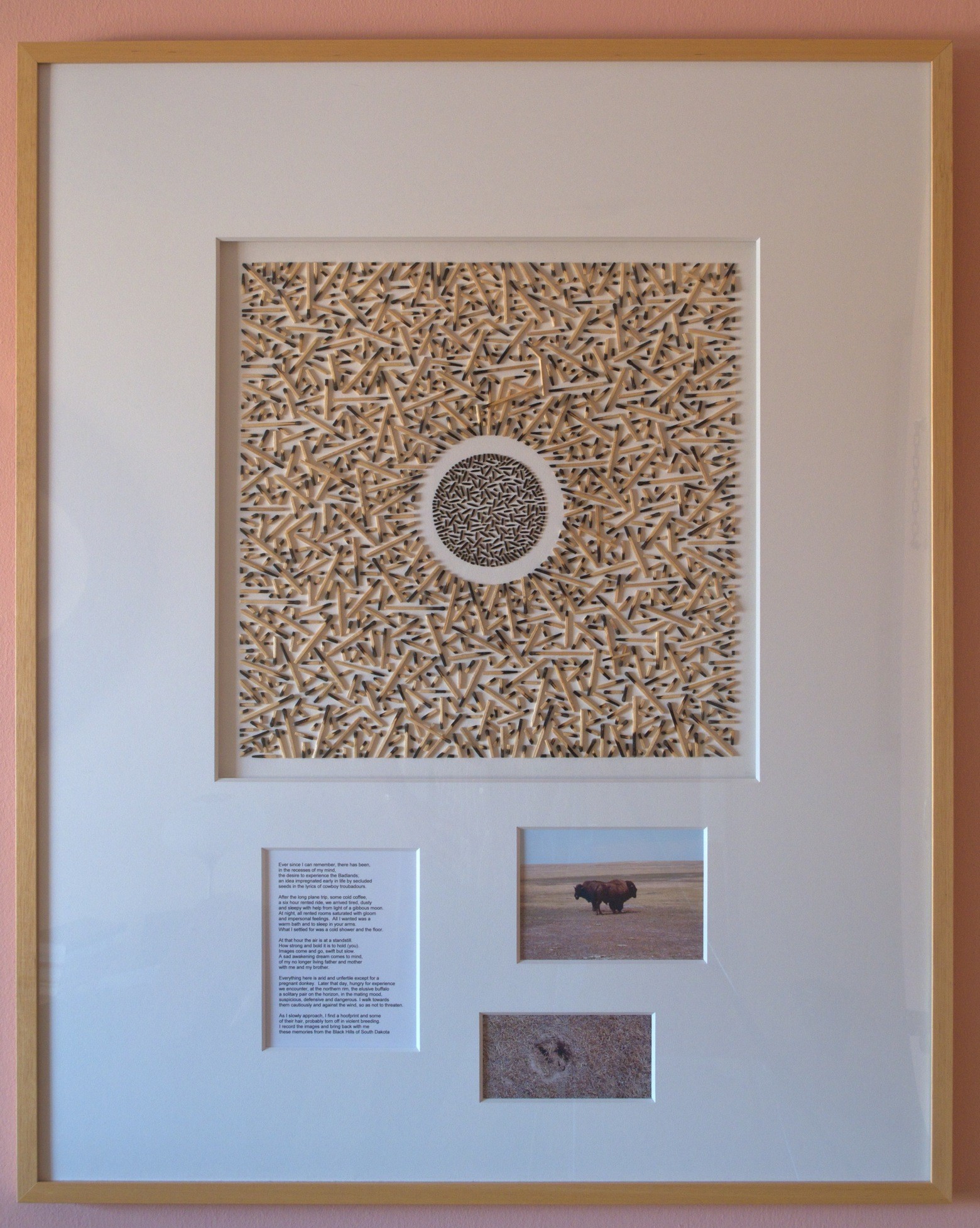 Through Jan. 22 at the Maitland Art Center


Closing soon at the Maitland Art Center is a show by Colombian artist Camilo Velasquez, and if you seek introspective contemplation and are strong of heart, look no further than this intriguing body of work. At Culture & Cocktails, the Art Center’s monthly second-Friday open house, this show was coupled with Doug Rhodehamel’s rather somber BLUMP, a one-night-only installation. Taken together, the art imparted a sense of ominous foreboding.

During his mother’s illness, Velasquez lit candles in prayer. He saved the matches and arranged them into meticulously organized shapes – crosses, circles and squares – and matched the patterns with complementary poems. In what Velasquez calls “confidential narrative,” he builds up a sense of elegiac beauty in poem after poem.

Delving deeper in the gallery, he abandons the matches for printmaking and turns from personal anguish to the deeper and broader anguish of the Native Americans. The confidential narratives of Cochise, Geronimo and other vanquished chiefs is contrasted with that of Gen. Philip Sheridan, one of the foes of these warriors. By the end of the show, viewer may feel on the verge of catharsis, even tears, searching vainly for some kind of salvation in Velasquez’s last, blood-red words: “… Your deeds are attached to you like the tail to a dog.”

Across the street in the Germaine Marvel building, live figure study took place in one room while Rhodehamel set the mood in the other. Helium-filled plastic bags filled the ceiling, lit with glowsticks hung in clusters. The bags, though lighter than air, somehow felt heavy and brooding. Conversations were subdued, and a mix of arrythmic minor-key sounds gave the room an atmosphere almost akin to a wake. “They [the bags] are supposed to feel old, like they’ve been around for a while and just floated here,” said Rhodehamel. Indeed they did act as if they just kind of drifted in, perhaps from the nearby senior center, grumbling about the food.

Hope was temporarily elusive in this threnody; Velasquez pushes us to the brink, and it’s up to each viewer to resolve that we can and must do better by our fellow humans. Rhodehamel, though, always riding the line between ominous and playful, can’t quite bring himself to the philosophical pessimism necessary to create a real bringdown. His installations always have a grin behind the shiver. Together, Velasquez’s Dialogue and Rhodehamel’s BLUMP inspire lament for what has passed and a deep urge to begin anew.