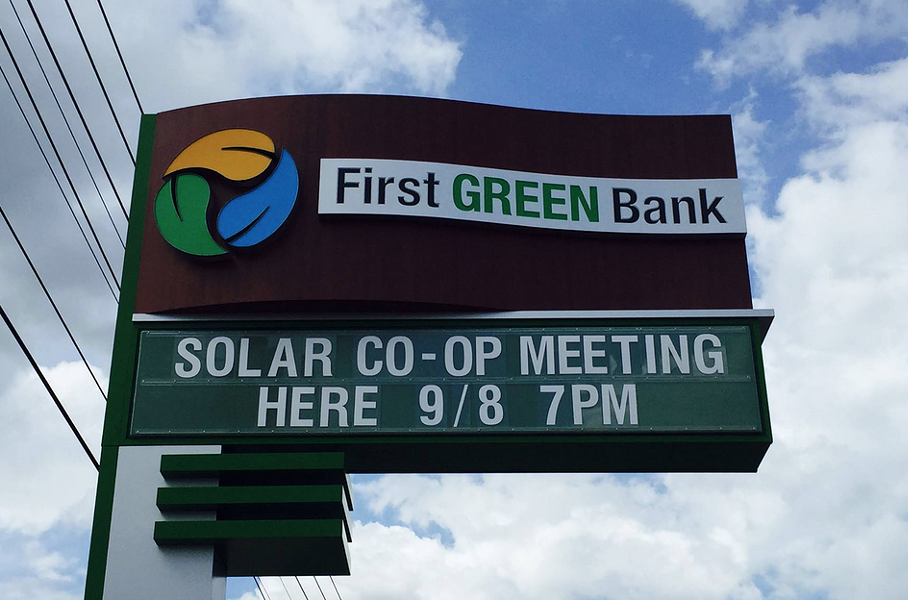 A group of local residents has decided not to wait for the state to make it easier or cheaper for homeowners to convert to solar. According to Mary Dipboye, founder of Central Florida Solar Advocates, the region's (and perhaps the state's) first formal solar co-op is now up and running.

The Orlando-Winter Park Solar Co-op, a 24-member organization, began meeting earlier this summer to get together enough people interested in solar power to leverage their buying power to get better prices on solar-panel installation. Last week, the group announced that it selected Tampa-based Solar Energy Management through a competitive bidding process to do installations on co-op members' homes.

Dipboye says she started the co-op because she heard a story on NPR about a woman who created one in Washington, D.C. "I had been a fan of solar for many years and happened to buy a house in Winter Park that happened to have a very sunny roof," she says. "But I had been pretty frustrated that the state has been so slow in getting the ball rolling for solar in so many ways. When the PSC agreed with the utility companies that we didn't have to do any more rebates or solar efficiency, that made me very upset."

So she asked some fellow congregants from the First Unitarian Church if they'd be interested, and on May 16, they held their first public meeting. She says that "about 50" people showed up for the first meeting, and the effort snowballed. She says they received very competitive pricing from Solar Energy Management, though she didn't want to reveal actual numbers. "The average price of solar is $3.50 a watt," she says. "So if you have a 3,000-watt system, multiply that by $3.50 and that's the national average. But co-ops have seen much better pricing. ... We're not going to put the price on the website that this installer has given us, but it's good."

The co-op will sign up new members located within the city limits of Orlando and Winter Park through Oct. 31. If you're interested in getting in on the deal, visit cfsolaradvocates.org for details – signing up for more information is free, as are quotes for installation, and members will receive technical support from the co-op throughout the process.

Don't live in Orlando or Winter Park but still want solar? Dipboye says anyone can start their own co-op, and there's already one in the works for homeowners in Winter Garden and areas south called the West Orange Solar Co-op. An introductory meeting is scheduled for 7 p.m. Thursday, Sept. 15, at the Hickory Hammock Clubhouse, 15900 Black Hickory Drive, Winter Garden.  For more information, email westorangesolar@gmail.com