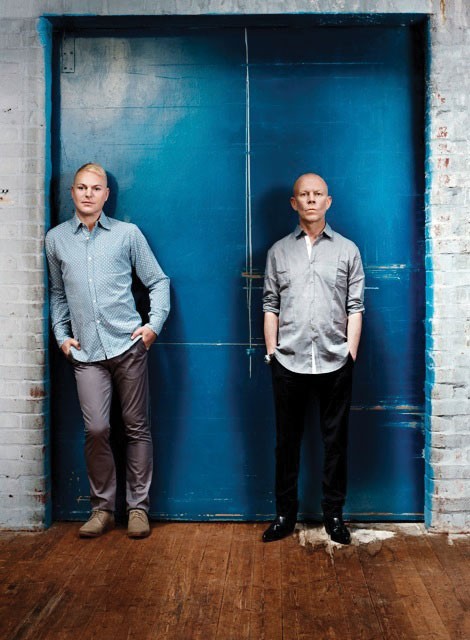 Lest we forget, the happenstance pairing of flamboyant vocalist Andy Bell and serial soundscapist Vince Clarke coalesced into a venerable pop duo purveying the winks and nudges of a percolating gay culture in the mid-’80s inspired its share of hesitation. Clarke, after all, had only barely survived the manic success of Yazoo (Yaz in America) and a Top of the Pops-documented personality conflict with belter Alison Moyet, not to mention Clarke’s early days of noisemaking behind a burgeoning Depeche Mode. Bell, a relative newbie, was a kinder, gentler (and deeper-voiced) answer to Jimmy Somerville’s “Smalltown Boy” queer politic. Still, “A Little Respect” was duly granted in the form of substantial chart success and the duo persevered, creating a lush life all their own. As the plaudits started muting themselves, the music only got more atmospherically satisfying (see the double-whammy of 1991’s Chorus and 1994’s I Say I Say I Say) until the bottom fell out, as it does.

Tomorrow’s World (released Oct. 4 in the U.S.) is a sly response to the nostalgia decline so prevalent in our former mixtape heroes. “There’ll be no sense of pity,” Bell demurs on the album’s second track, “Fill Us With Fire,” and that weathered confidence carries its torch throughout. A bangers-and-mush collage of current dancefloor manipulation and signature bubble-wrap popping, Tomorrow’s World finds Erasure exactly where they ought to be right now: a dream-kitchen sink of noisy quirks and modern romance. Kudos to up-and-comer Vincent “Frankmusik” Frank for turning all the right emergency-exit knobs – first single “When I Start To (Break It All Down)” is both an underwater elevator of hyperbolic-production-values-with-flute sounds and a rewrite of the excellent 1994 single “Always” – without delving too deeply into David Guetta robotics. At just nine songs (if you don’t count the deluxe add-ons), the album is more an unexpected visit from a breathless friend than the stuff of era-defining bombast. “If I make it through the whole night, everything is going to be all right,” Bell’s voice soars over the single’s breakdown. Tomorrow’s World is proof of that survival.