A massive Black Lives Matter mural on Rosalind Avenue seemed like a positive step. But some in Orlando's Black community would rather see systemic change

They say the road to hell is paved with good intentions. Few would claim that Orlando city leaders had anything but the best intentions in mind when they painted the words "Black Lives Matter" in letters 30 feet high on the surface of Rosalind Avenue. But many residents, Black and white alike, question the utility of the gesture.

After "BLACK LIVES MATTER" was painted in giant letters on Washington, D.C.'s 16th Street just across from the White House, other cities took notice. From Oakland, California, to Raleigh, North Carolina, mayors emulated D.C. Mayor Muriel Bowser with their own BLM street murals.

In Orlando, after a coalition of community and faith leaders and activists presented a plan, the decision was made by city staff to move forward with the City Beautiful's own version, painted on a stretch of Rosalind between Washington and Robinson streets.

"We believed this was a way to join together as a community and in a symbolic way, further reaffirm Orlando's commitment to take action to stop racial injustice and inequality," said city spokeswoman Cassandra Lafser on Friday.

The intention was to finish up on Saturday morning, but as is so often the case in the nation's discourse, anonymous commenters had something to add. 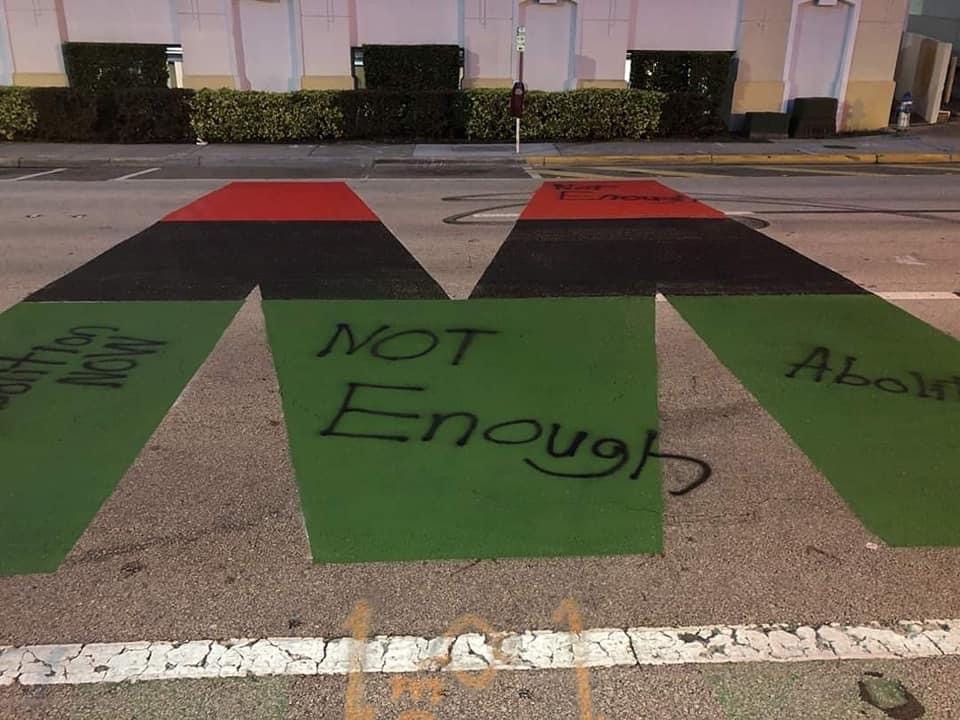 Overnight, graffiti saying "Abolish the police," "Defund OPD" and "Not enough," among other phrases, was spray-painted across the giant mural letters.

While BLM murals in other cities including Cleveland, Charlotte, Eugene, Oregon and Montpelier, Vermont have also been defaced, those acts seemed to have been motivated by anti-BLM sentiment. In this case, it was a more nuanced criticism – an implication that the mural was a symbolic move, but nothing more.

"We're deeply saddened that a symbol of our commitment to ending racial inequality created together with our community was vandalized," he said. "We find this type of behavior disturbing, it has no place in our city, and this will not deter our efforts to bring about real change and action." 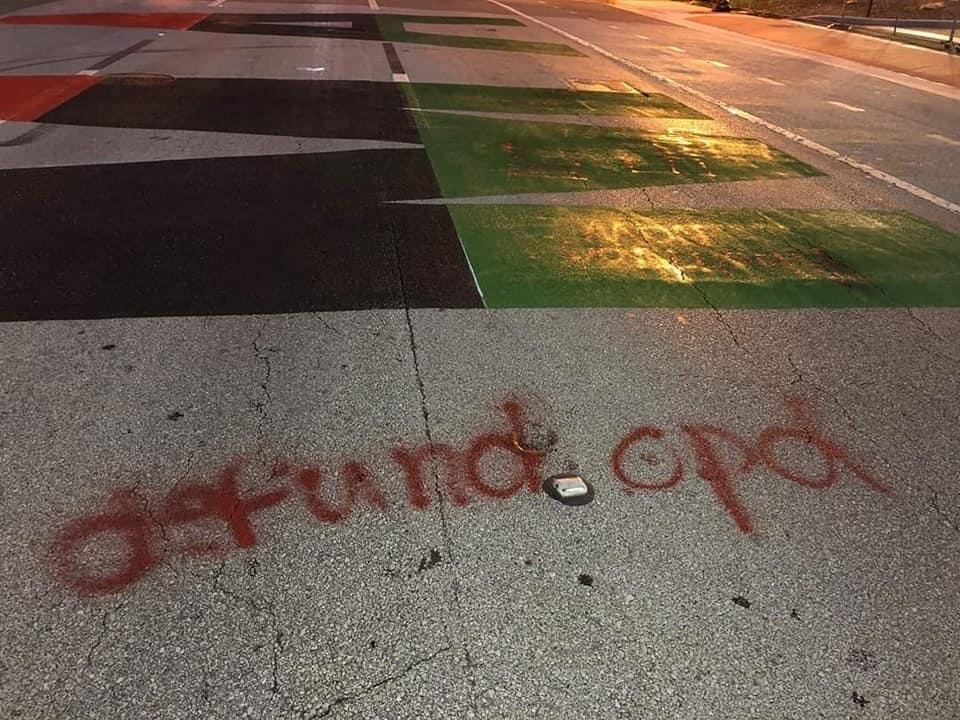 But a significant segment of the city rejected the easy narrative of "mural good, graffiti bad." Echoing many of Orlando's white allies, small business owner Andrew Chang posted a photo of the mural on Instagram asking, "But where is that police reform and justice? Asking for all of our Black friends ...."

"I believe the mural is an incremental step in the right direction," says Orlando photographer and business owner Wayne Grant. "Speaking to activists in quiet one-on-one moments, you quickly realize that expectations are far more idealistic than realistic."

Tyla Harrington, one of those younger activists – also Black, also a photographer – says more bluntly, "I feel that all of these gestures are meaningless and empty. The only thing that needs to happen are punishing cops that harm us and extending legislative protections for Black people specifically, where there are big consequences for harming us, and a reparations package to all descendants of American slaves. That mural means nothing." 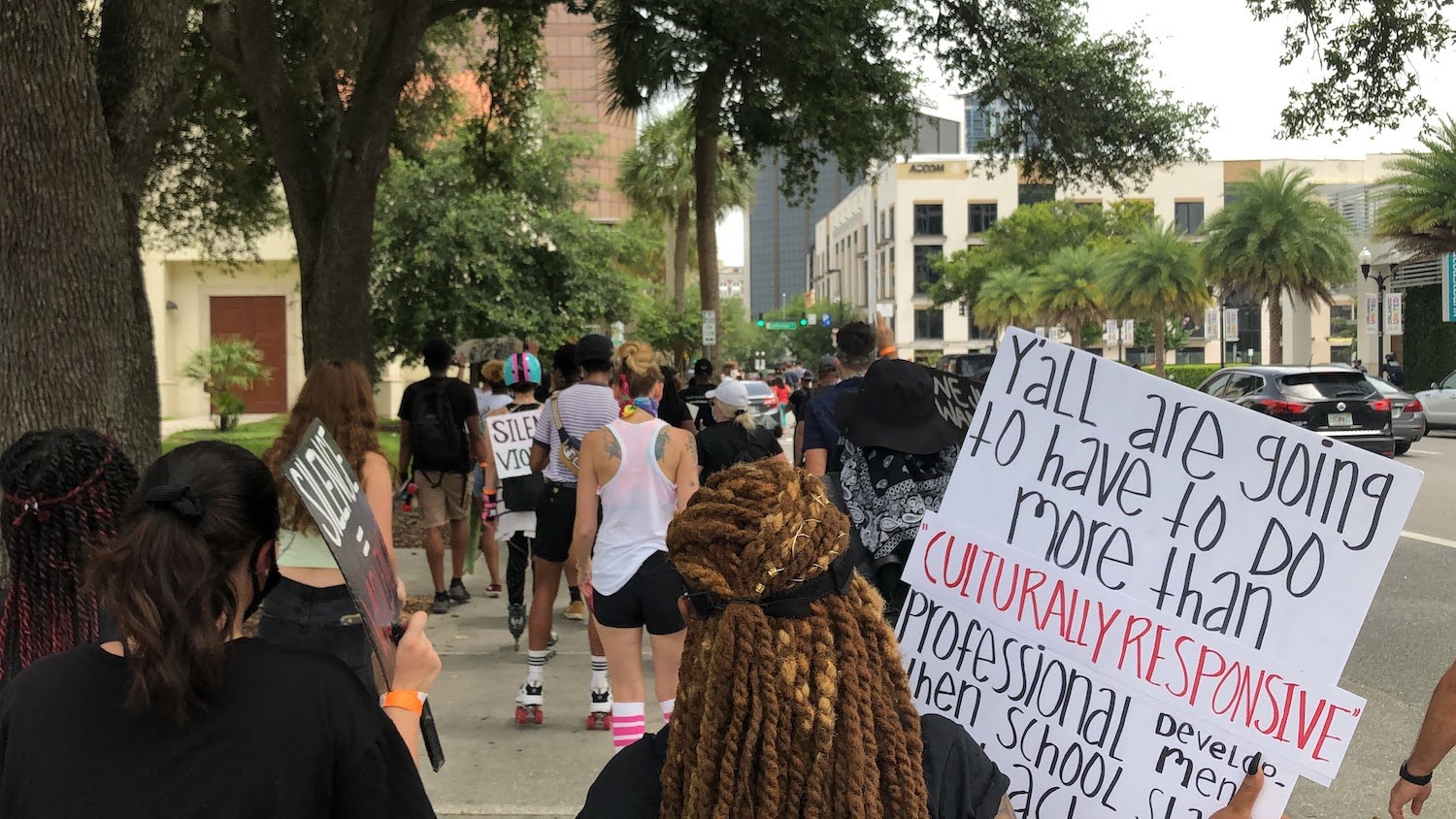 Diplomatically threading the needle, Miles Mulrain Jr., CEO of Pine Hills nonprofit Let Your Voice Be Heard, says, "The Black Lives Matter Mural was never the issue, the timing and rollout of the mural was. Despite the money spent that could've went to better places, activists never organized an effort against the mural because we understood the symbolism – but in the same light, we showed up to speak about why the symbolism wasn't enough." The Black Artists For Black Lives march that went right past the mural on Sunday was planned before the mural was unveiled. But its presence, and subsequent defacement/commentary (take your pick) gave the artist-centric march poignant new relevance.

Mulrain continues, "The fact that the mural was defaced goes to show there was a lack of structural and cultural change in the city before it was announced. We have policies that can be changed just as fast as they were changed for the curfew. We have officers with a proven history of abuse that are still employed by the city. We have officials with the power to change systemic structures locally that still adversely affect the Black community. We have work to do, and it is not time for a celebration."