Espionage thriller is one of the actor’s last completed movies 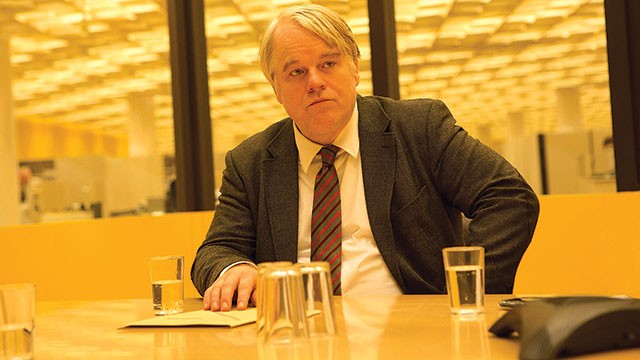 A Most Wanted Man

The Hunger Games: Mockingjay – Parts 1 and 2 will be the final films of Philip Seymour Hoffman. But because the actor had not yet completed all his scenes when he died in February, filmmakers will likely employ small rewrites or digital trickery, or both, to finish the series. That leaves God’s Pocket and A Most Wanted Man as his last completed movies – and his final starring roles. And because the latter got the later premiere (by just two days, at the Sundance Film Festival), it gets the distinction of being Hoffman’s curtain call.

On screen, you can control your exits, although that’s horribly untrue in life; Hoffman should be proud of this unexpected last bow. Directed by Anton Corbijn, who successfully helmed The American with George Clooney, and adapted from the novel by John le Carré, A Most Wanted Man is a smart, gripping thriller that carefully navigates its way through subtle twists and delicious ambiguity.

Hoffman plays Günther Bachmann, a German espionage agent at odds with his superiors and American counterpart (Robin Wright) over how to track down a high-profile Muslim terrorist. In a post-9/11 environment, they want to hammer every threat into the ground while Günther prefers to watch, wait and seek the cooperation of lesser offenders. His decidedly anti-Bush philosophy is to seek out a “minnow to catch a barracuda to catch a shark,” but that proves difficult, especially in Hamburg, where Mohammad Atta planned his evil.

Wright, channeling the charm and ruthlessness of her House of Cards character, is a fine foil to Hoffman. Willem Dafoe, as a bank manager unwittingly caught in the middle of terrorist activities, also shines. Only Rachel McAdams, as a human-rights lawyer, seems slightly miscast, a lightweight in place of the required rock. (Jessica Chastain must have been busy.) Her shortcomings seem even more obvious when up against Hoffman, who, though not always given much to do dramatically, is riveting, even with a German accent, which the actors employ instead of the German language itself.

Though the slightly uneven screenplay by Andrew Bovell gets bogged down in minor plot details, its intelligence and political savvy soar thanks to the source material, Hoffman and a shatteringly brilliant ending. In a world intent on winning the war on terror at all costs, A Most Wanted Man moves away from crime and punishment and toward the simple but seldom-asked question: “Why do we do what we do?”

On a deeper, unintended level, the film is a tribute to – and even a mirror for – Hoffman, who plays a character not unlike himself. As the story progresses, we’re never quite sure what kind of a guy his character is, but, ultimately, he’s just like Hoffman: badly flawed yet excellent at what he does and resistant to the mediocrity around him. And when everything unravels unexpectedly, suddenly and tragically, the parallels with Hoffman’s death become difficult to ignore, turning the movie into both a reminder of the actor’s immense talent and a haunting commentary that even great people can be undone by the world they surround themselves with.